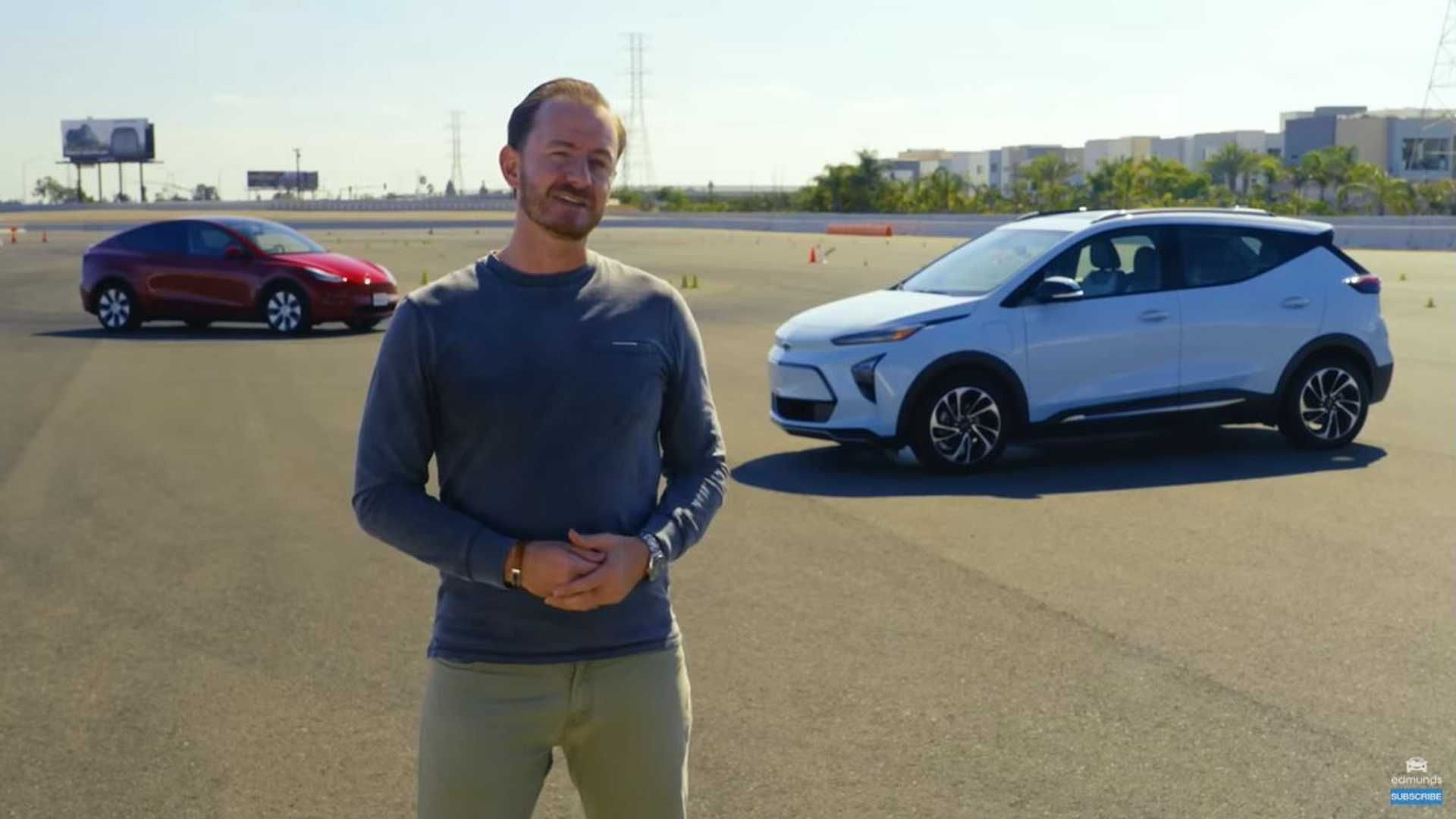 The Tesla Model Y is one of the most popular EVs in the world, and certainly the most popular electric SUV. While there are some notable rivals, such as the Ford Mustang Mach-E, none have even come close to selling as well as the pricey Tesla. However, if you’re in the market for an electric crossover and can’t afford a Tesla, you should really give the Chevrolet Bolt EUV a close look.

The Chevy Bolt has had it rough over the years. It sold relatively well for a time, though a recall related to battery fires seemed like it would lead to the demise and discontinuation of the electric car altogether. However, GM replaced all the batteries, which served as a free upgrade to owners. Now a redesigned Bolt has arrived, along with a new crossover version that may appeal to a wider audience.

The Chevrolet Bolt EUV has a lot in common with the Tesla Model Y. While the GM product isn’t nearly as modern, premium, or performance-oriented, it can easily serve as a Model Y substitute, all while saving you tens of thousands in hard-earned money. In fact, whereas the cheapest Model Y in the US will set you back about $70,000, the 2022 Bolt EUV starts at less than half, around $33,000 before any discounts. What’s even more appealing is that the 2023 Bolt EUV carries a starting MSRP of just $27,200.

Sure, you had your heart set on a Tesla, but an electric SUV for $27,000 just seems too good to be true. It must not have the range or space or technology found in rivals’ models, right? Wrong, the Bolt EUV is much like the Model Y in that it’s roomy, comfortable, quick off the line, potent enough for capable highway driving, and loaded up with the latest convenience, technology, and safety features. Yes, with the Tesla you do get more, but you also pay nearly $40,000 for it.

Hopefully, we’ve at least piqued your interest. To learn in much greater detail how the Model Y compares to the Bolt EUV, check out Edmunds’ video above. Host Ryan ZumMallen does a stellar job of breaking it all down for us. You can also use the topics and timestamps below to focus on specific areas of the video that interest you most.

Are you surprised the Tesla Model Y sells as well as it does? Is it weird that more people aren’t taking advantage of the ridiculous value offered by the Bolt EUV? Let us know your thoughts about these “rivals” by leaving a comment below. If you own either crossover, we’d love to learn all about your experiences.