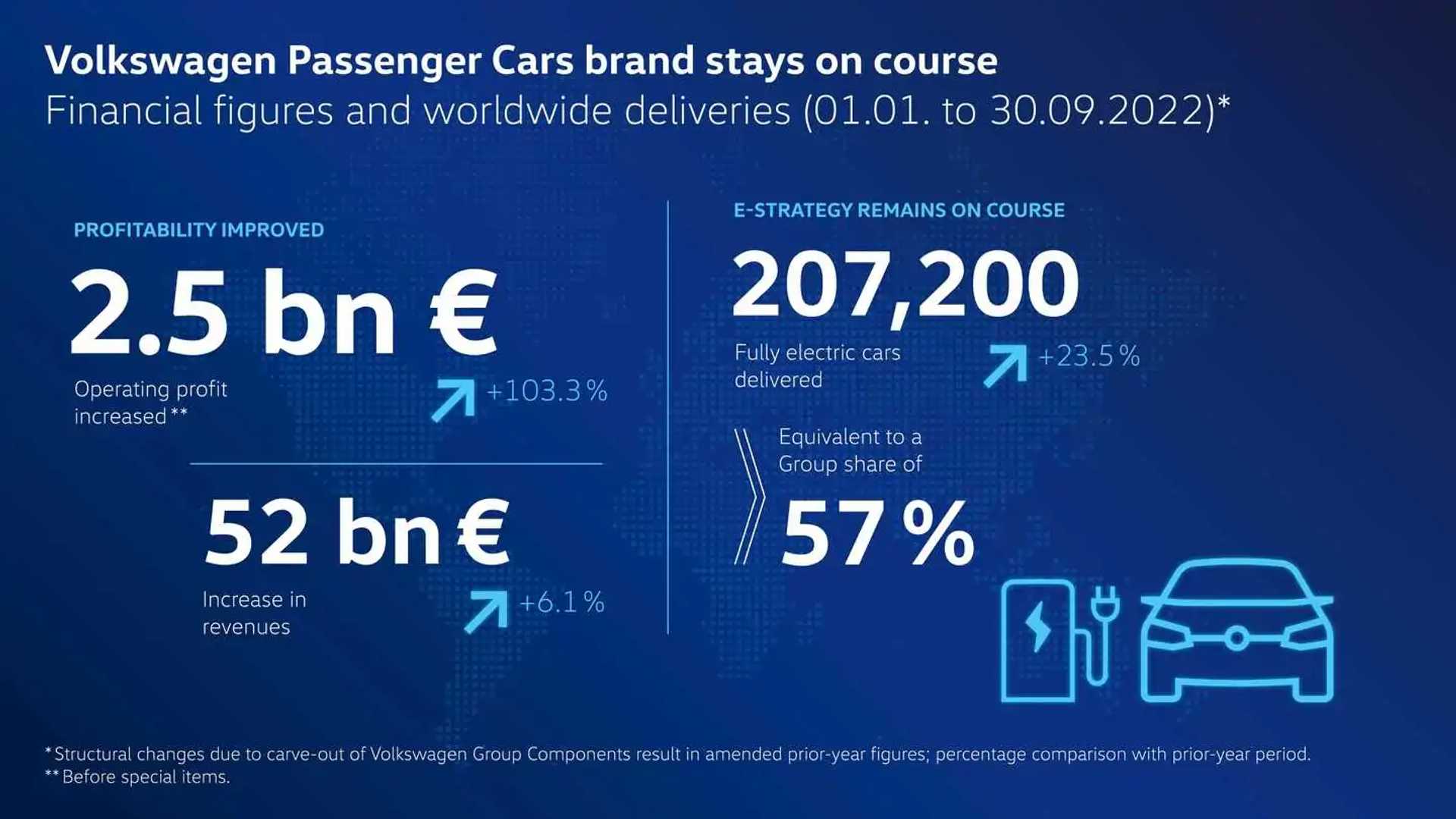 Volkswagen Passenger Cars reports that its global car sales during the first nine months of this year amounted to 3.335 million (including China), which is 12% less than a year ago.

Despite lower sales, revenues actually increased by 6.1% to €52 billion, while the operating result more than doubled (up 103%) to €2.5 billion (4.7% operating return on sales).

Considering that in 12 months of 2021 Volkswagen sold over 263,000 all-electric cars, with a decent Q4, the company should be able to set a new record result of potentially over 300,000 units.

Nonetheless, the growth rate remains below expectations – like in the case of the entire group – which was mostly caused by external factors related to production constraints.

The top-selling all-electric Volkswagen is the Volkswagen ID.4/ID.5 duo (counted together by the manufacturer) with about 55,800 units sold in Q3 and 122,600 during the first nine months.

The ID.4 is a special model, produced in five factories around the world: two in Germany (Zwicaku and Emden), two in China (FAW-Volkswagen in Foshan, and SAIC Volkswagen in Anting) and one in the US (Chattanooga, Tennessee).

An important thing to note is that, in China, so far this year, Volkswagen sold 104,700 ID. models (ID.3, ID.4 and ID.6), which is more than 50% of the total 207,200. That’s a pretty surprising outcome, which highlights that results in Europe (Volkswagen’s main market) are far lower than they should be according to plan.

It will be very interesting to see how things will change in Q4 and further in 2023, considering stronger and stronger competition.