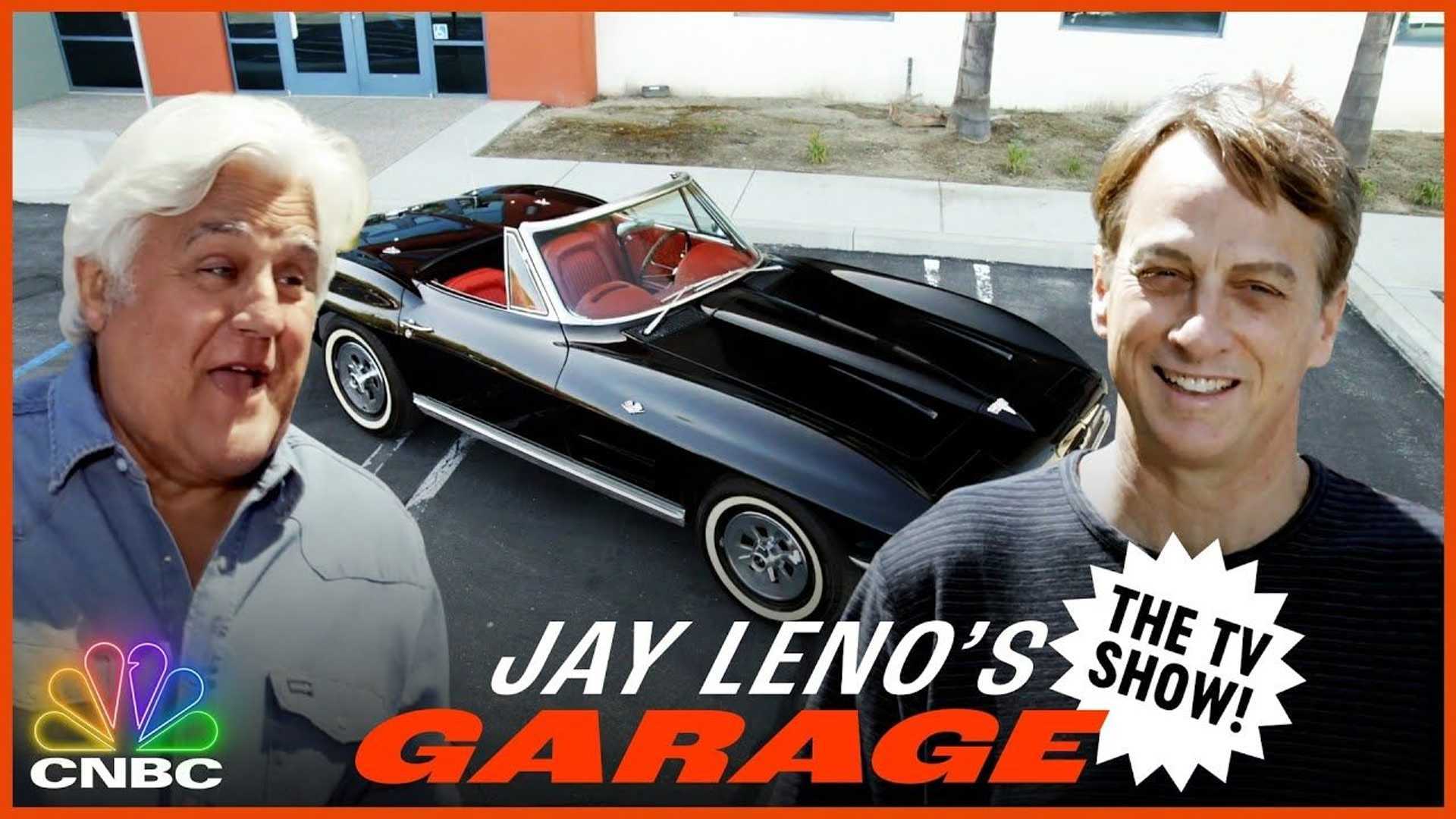 Jay Leno didn’t take sides when he went to see and go for a ride in Tony Hawk’s newly Tesla-swapped 1964 Chevrolet Corvette, a vehicle whose existence is sure to anger Corvette purists. He and the famed pro skater enjoyed the silence and performance the all-electric powertrain, talking about the car and why the decision was made to rip out its V8 and replace it with batteries.

Lifting the hood that no longer houses an engine, Hawk jokes that the simple act of opening it will annoy all the purists. And for good reason as the engine bay is far less spectacular now that it just houses a battery pack, even if it’s all very cleanly integrated and professionally done.

Instead of an 427 V8, Hawk’s EV-converted classic ‘Vette uses a small Tesla drive unit out of a Model S connected to the rear axle. Interestingly, it has pretty much the same power output as the original V8, which had about 300 horsepower, so its acceleration should be pretty similar; at one point in the video, Hawk attempts to accelerate out of frame and you can actually hear the rear tires chirp when he floors it over a bump at around 30 mph.

The conversion was commissioned back in 2019 and it was done by the EV conversion and powertrain specialists at EV West. It wasn’t completed for over two years and Hawk only got to drive the vehicle recently – it apparently took this long to complete due to pandemic-related delays.

The vehicle originally had a manual gearbox, and at one point in the video Hawk notes that he “desperately wants to downshift,” searching for the gear stick that he had previously used in that exact car. He seems thoroughly happy with the conversion, though, and purists should judge this conversion less harshly given that all the original components were kept and everything is completely reversible.