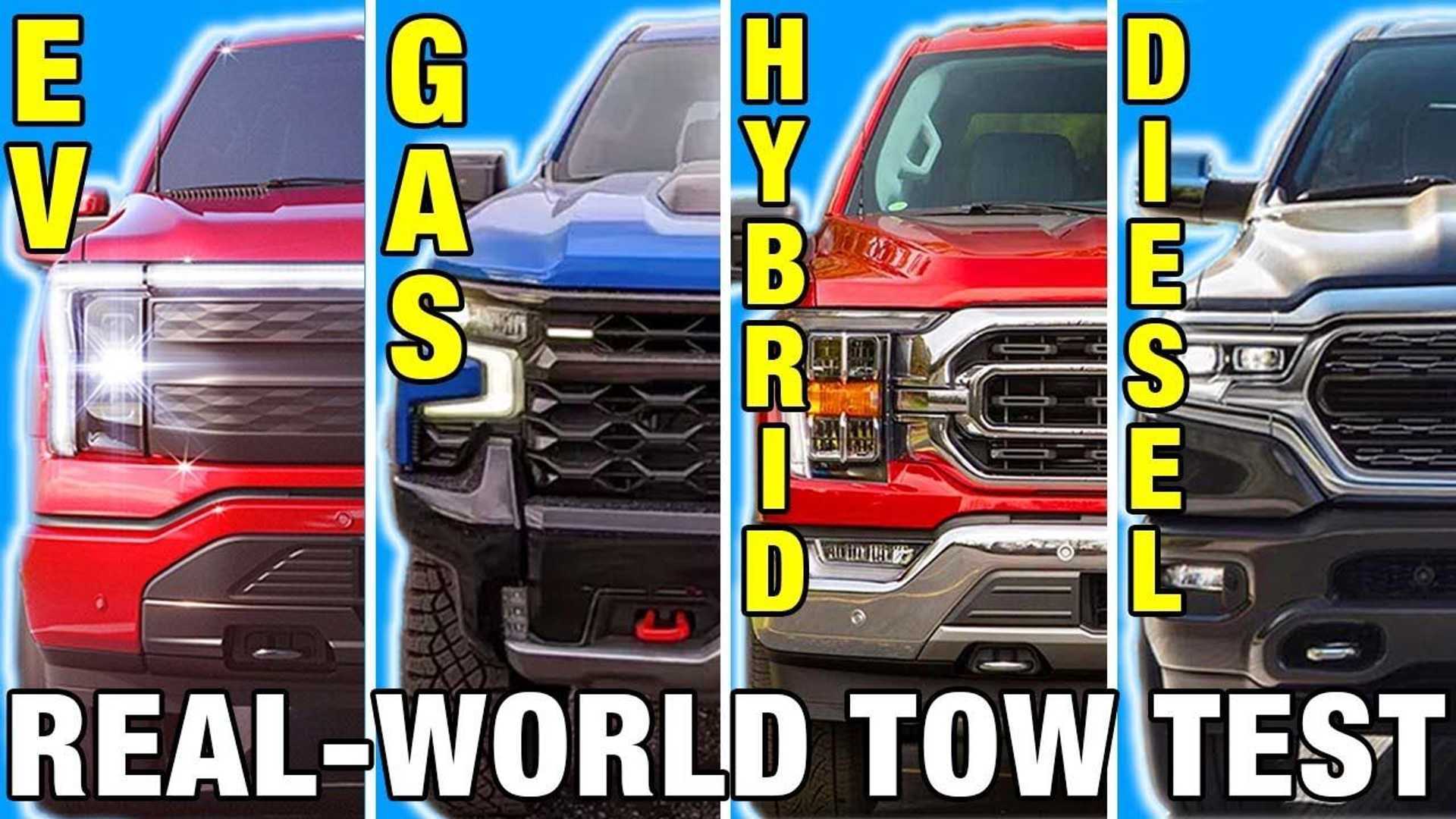 All vehicles incur a noticeable efficiency drop when towing a trailer, but while ICE vehicles can get a full tank in minutes, while an electric vehicle will take longer to charge and its reliance on public chargers that may or may not work further dents its appeal. This seems to be the conclusion drawn from this group towing test performed by Edmunds, which pitted ICE and hybrid trucks against the Ford F-150 Lightning.

The task was to pull a trailer carrying a Tesla Model 3 over a set distance, then measure the vehicles’ efficiency at the end. As expected, the best on fuel was the diesel-burning Ram 1500, followed by the Ford F-150 Hybrid and the Chevrolet Silverado with a V8 under the hood.

The Lightning was surprisingly good too, according to Edmunds, providing an accurate range prediction with the trailer attached, which it then actually exceeded by some 20 miles. Others who have done towing tests in the F-150 Lightning before have even reported that more than half of the range disappeared when the load was factored in.

In this test, though, at the start the vehicle, which is equipped with the long-range battery pack, predicts that it can go for 160 miles, but after the trip begins, it quickly drops to under 140 miles. They calculated that the truck used 64.6 kWh/100 miles, which is pretty good given that Ford says it should do 51 kWh/100 miles unladen.

When the time came to charge the electric truck, though, things didn’t go so smoothly.

Searching for a known Electrify America charging station with 350 kW stalls nearby in the F-150’s navigation yielded no results. In the area, it was only showing some slower 50 kW chargers. The test driver had to manually set the navigation to the location of the Electrify America location, which was set up in a way that required the trailer to be unhitched before charging.

After unhitching the trailer and hooking the Lightning up to one of the 350 kW chargers, it kept giving an error message that prevented charging. They had to move the truck to a different stall where they had previously seen another EV charging for it to finally start putting juice back into its battery.