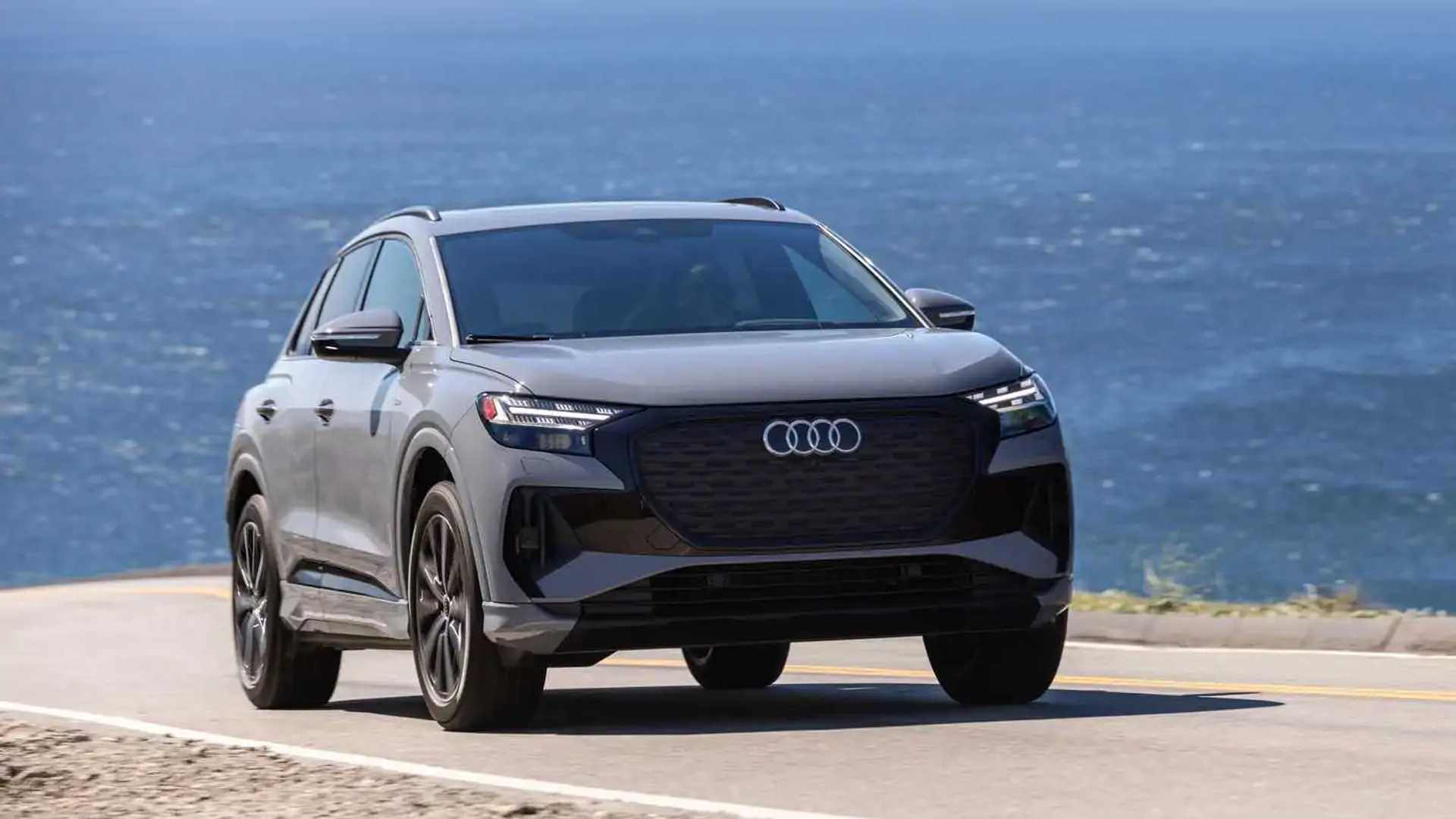 Audi is finally launching its 2023 Q4 e-tron and Q4 Sportback e-tron electric SUVs in the United States after delays caused by the war in Ukraine and the sinking of the Felicity Ace car carrier ship.

Built on the same MEB platform as the Volkswagen ID.4, the Audi Q4 e-tron and Q4 Sportback e-tron are the most affordable electric models offered by Audi.

With the launch of the two Q4 models, Audi now claims to have the largest offering of fully electric models of any automaker in the US: five models. Those are the Q4 e-tron, Q4 Sportback e-tron, e-tron, e-tron Sportback, and e-tron GT.

The Q4 40 e-tron RWD model is the most affordable of them all, and it offers an EPA-estimated range of 265 miles (426 kilometers), thanks to an 82-kWh (gross capacity) battery pack. Power comes from a permanently excited synchronous electric motor on the rear axle making 201 horspower.

As for the Q4 Sportback 50 e-tron, it is EPA-rated at 242 miles (389 kilometers) courtesy of the same 82-kWh battery pack. All models offer an approximate charge time of 36 minutes from 5 percent to 80 percent state of charge on 150 kW DC fast chargers.