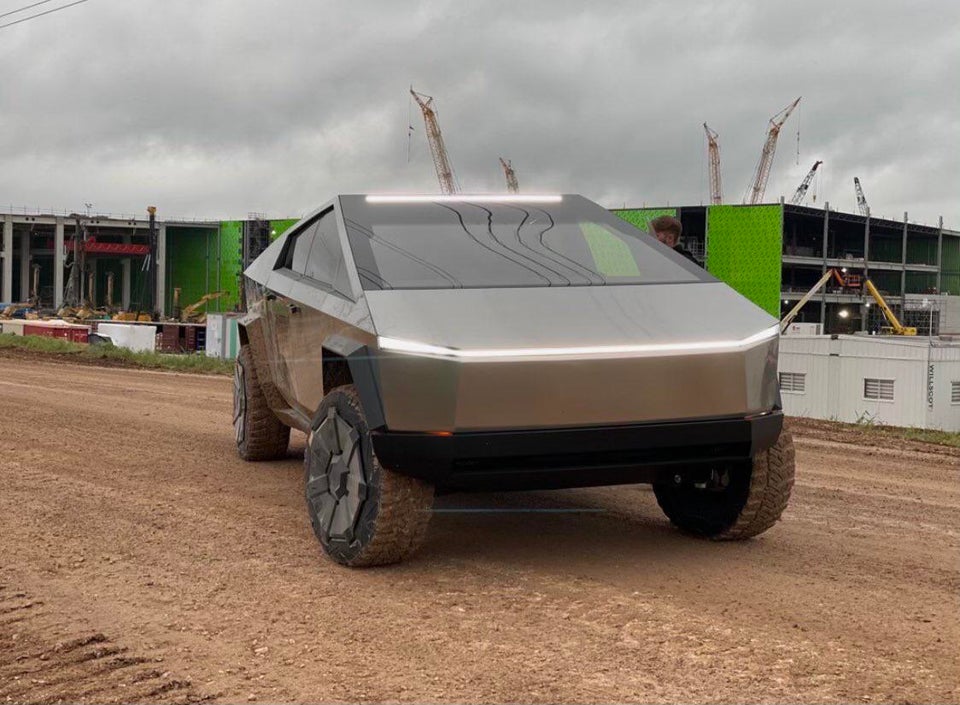 Tesla CEO Elon Musk visited the Gigafactory Texas site earlier this week with the all-electric Cybertruck that will be produced at the automaker’s factory in the Lone Star State. After various users shared some photographs of the Cybertruck roaming around the still dirt-covered grounds of the Texas factory, Musk gave an update on production timelines for the plant. Interestingly, the plans didn’t include an estimation for the Cybertruck, only for the Model Y crossover.

Musk says that the Model Y will enter a limited production phase this year, with a high volume approach coming in 2022. While quickly becoming the second most popular vehicle in Tesla’s lineup, the Model Y is not the star of the show in Texas; the Cybertruck is. While production for that vehicle was set to begin in late 2021, the automaker said at the unveiling event it held for the truck in November 2019, there is no update from Musk on whether the Cybertruck will ultimately begin deliveries to customers by the end of the year.

It seems Tesla’s preparations for the Cybertruck are becoming delayed due to unforeseen circumstances. Interestingly, it doesn’t appear to have anything to do with the production of the Giga Texas factory itself, as crews have been able to build the plant from the ground up in an impressive fashion. One local Texas government official recently told Teslarati that the speed of the construction process in Austin is incredibly quick, and it’s nearly unbelievable how fast things are coming together.

While several followers of Musk on Twitter inquired about Cybertruck production updates, Musk chose to only reveal the most recent details in Model Y production instead. The most recent update on the Cybertruck’s design and production was given by the Tesla CEO  on a recent episode of the Joe Rogan Experience Podcast.

We do know that Tesla had been considering a slight design modification of the Cybertruck to make it slightly more drivable in maneuverable in streets and residential garages. Ultimately, Tesla did not want to sacrifice the Cybertruck’s design, and only adjusted the truck’s size by “around 3% or smaller,” Musk said in the Rogan interview. “You don’t want it to be a couple of inches too big for the tunnel,” he said in reference to the Boring Company’s projects. Musk has said that photographs of the new Cybertruck will likely be released in Q2, but they have not been shared yet.

Musk also that the automaker might be able to manufacture a few units before 2021 ends. “If we get lucky, we’ll be able to do a few deliveries toward the end of this year, but I expect volume production to be in 2022.”

Musk stated that these updates were also accurate for production at Giga Berlin, Tesla’s first European production facility, a project that is frustrating Tesla due to delays.

Tesla’s Elon Musk gives production update for Giga Texas, but it’s not for the Cybertruck