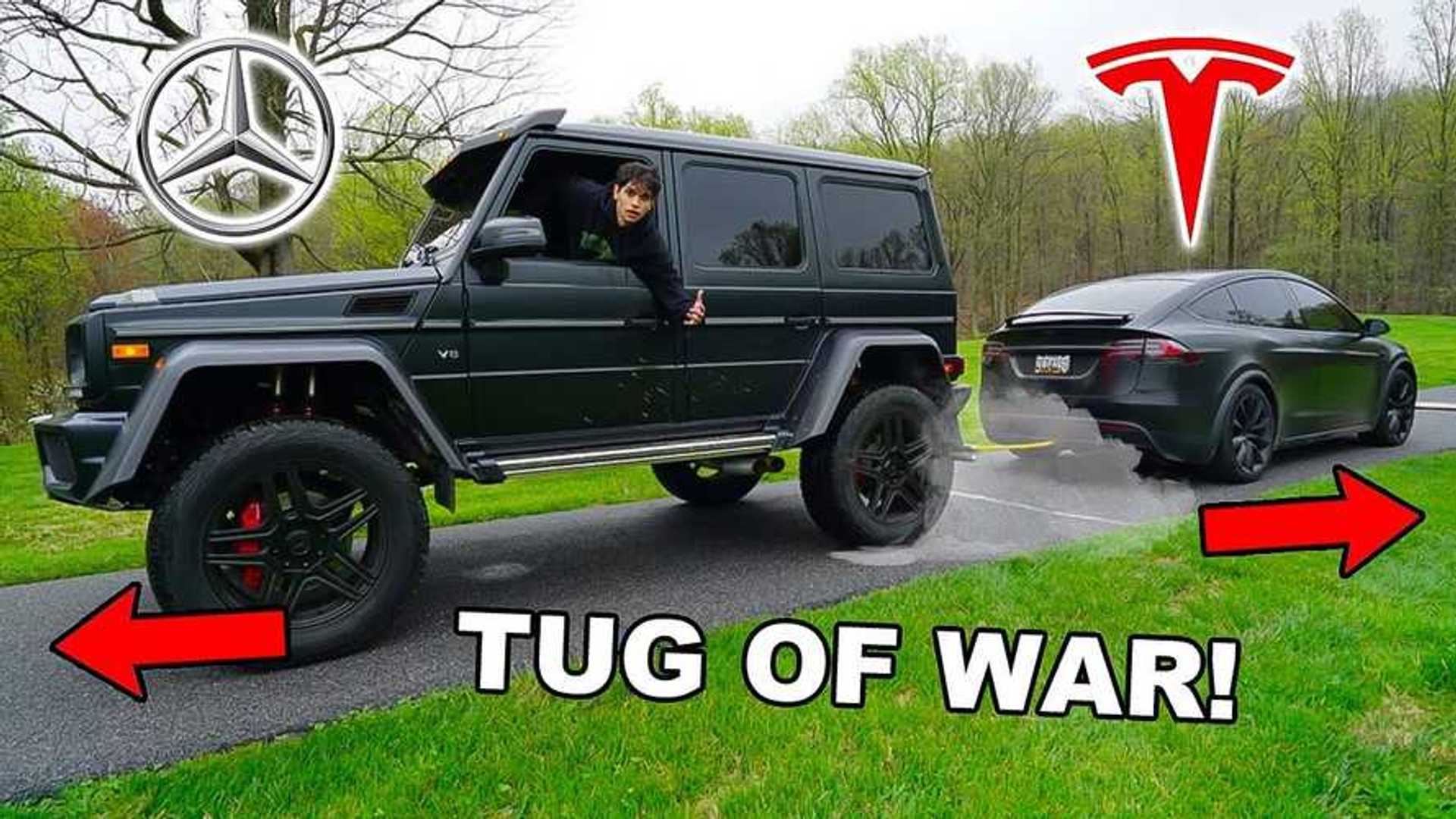 Tug of war is, just like drag races, one of the specialties of electric vehicles as they can underline the advantage of electric drive.

Here we can see a duel between the Tesla Model X and a true off-road model, the Mercedes G550 4×4 Squared, that looks so huge we guess it should win easily.

The test, by Dobre Cars, was conducted in proper scenery, with some car on the roof in the background. A warning of what might happen to the loser?

As it turns out, the G550 really won the tug of war with Model X – but only the first one. Interestingly, the next two were won by the Tesla Model X. The secret lies in electric motor.

We all know that the tug of war is not an especially scientific measure (a lot depends on the track), but for sure, it might be entertaining, especially when an electric car beats some powerful conventional models.

Once the Tesla Cybertruck will come out, the jokes will end and people will probably have to connect it to two conventional models to even have a chance in a tug-of-war battle.