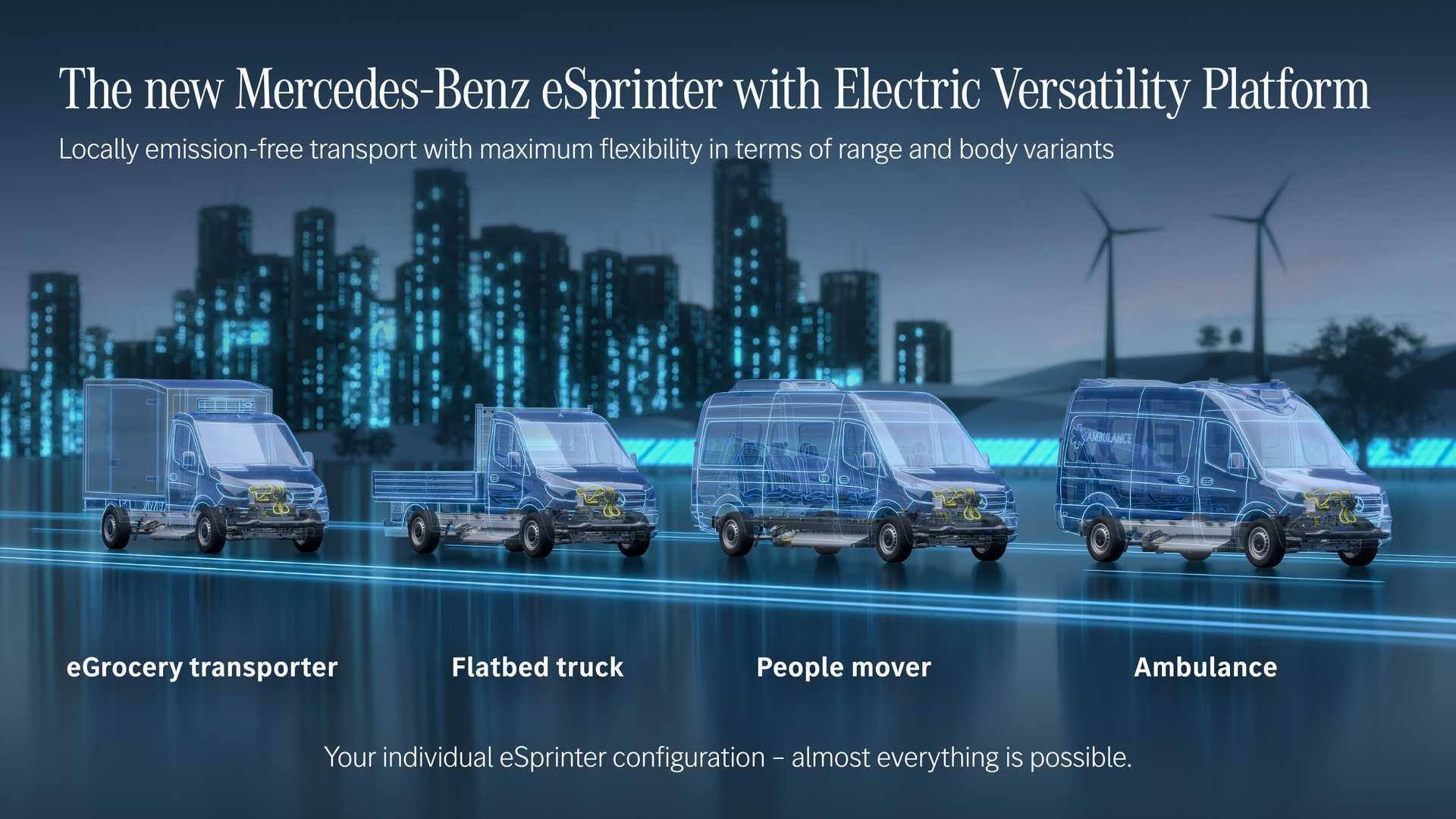 Mercedes-Benz Vans has officially announced that the next-generation all-electric eSprinter large van will be produced in three plants, successively starting in the second half of 2023.

Besides the main plant in Düsseldorf, Germany, where the current generation of eSprinter is produced, alongside the conventional version, the eSprinter will enter production also in Ludwigsfelde (also in Germany), and in the U.S.:

The German manufacturer is investing around €350 million ($417 million) in the new Electric Versatility Platform (EVP) and next-generation Mercedes-Benz eSprinter.

“The future of mobility is electric in the transport sector, especially in the last mile delivery segment. Our share of battery-electric vehicles is constantly growing. We have consistently aligned our strategy accordingly, and underline with our strategic pillar ‘Lead in Electric Drive’ our leadership aim in electric mobility in the vans sector. With our newly developed Electric Versatility Platform, we are significantly expanding our offering in the commercial series.”

According to the press release, the investment in each of the three plants to be around €50 million ($60 million) – €150 million total – which would mean that the EVP/eSprinter development will cost is up to €200 million.

The main point of the plan is to produce the next-generation electric Sprinter alongside the conventional version to flexibly adjust the production, depending on demand.

“The current generation of the eSprinter is already being built in Düsseldorf together on one line with conventionally driven Sprinter models. The principle of manufacturing both drive train variants will also be implemented at the plants in Charleston and Ludwigsfelde. In this way, it will be possible to respond very precisely to the respective market needs in the future. In addition to the previously available variant as a panel van, the next generation of the eSprinter will also be produced as a chassis model and will thus serve as a basic vehicle for, among other things, ambulances, motorhomes or refrigerated transporters.”

Another important thing is the launch of production in South Carolina to expand sales to the U.S. and Canada.