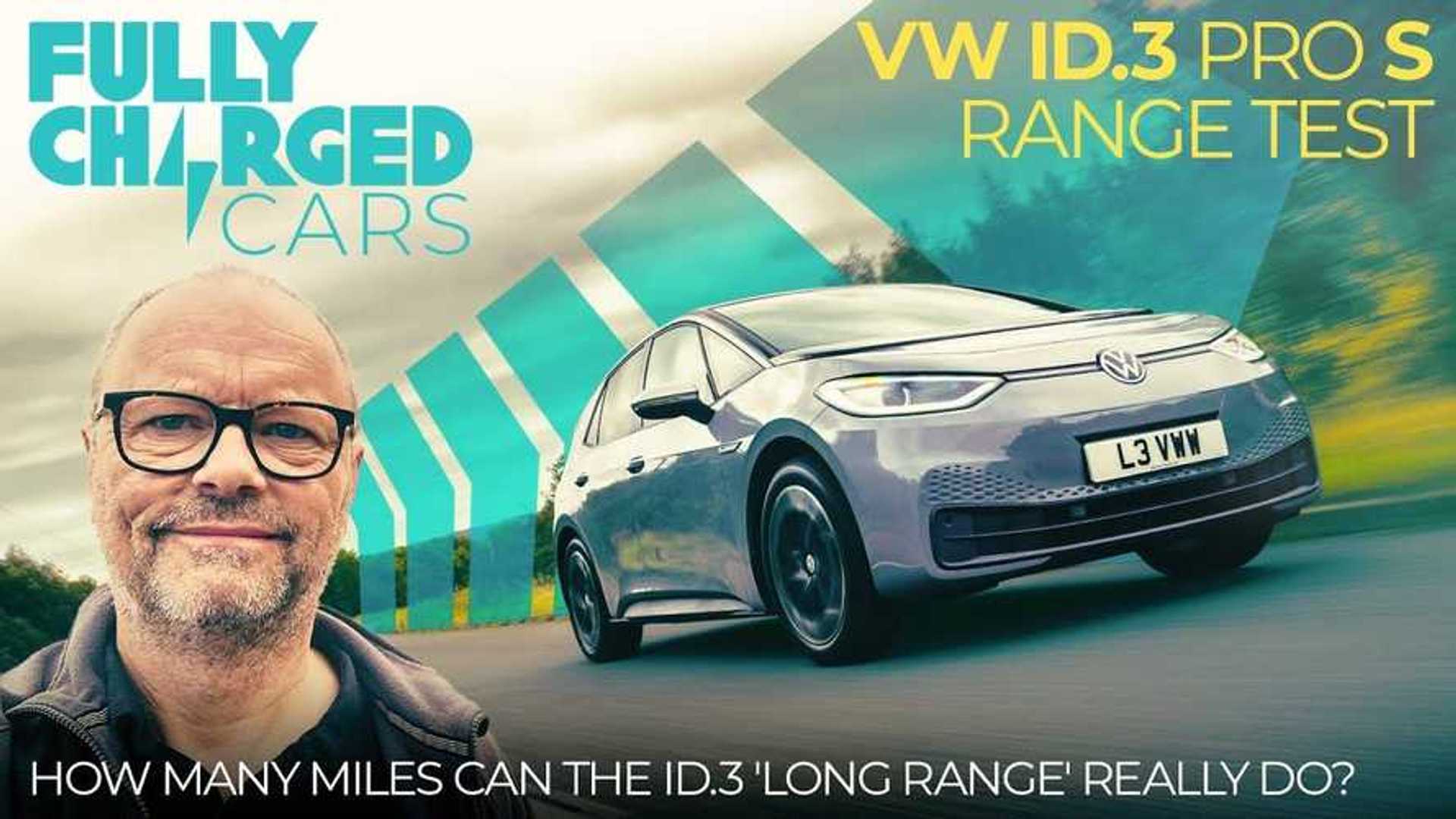 The Fully Charged Show takes the new Volkswagen ID.3 Pro S on a range test. This model has the larger 77-kWh (usable) battery pack, similar to the Tesla Model 3 Long Range (estimated at 70 kWh usable). For our American readers, keep in mind that VW decided not to sell the ID.3 in the US. If you can’t watch the 19-minute video, please read the breakdown below.

The presenter claims a Tesla Model 3 Long Range would have driven about the same distance or a little more because it averages over 4.0 m/kWh (6.4 km). Keep in mind the Tesla’s battery pack is about 7 kWh smaller. He drove in cool weather and says that on a hot summer day the ID.3 could have driven 300 miles (483 km) or more.

Things get interesting when he brings in his personal Hyundai Kona Electric into the comparison. The Kona Electric has the smallest battery pack (64 kWh) but he claims it gets the same range as the ID.3 Pro S and it’s even a little cheaper. The WLTP range is less, but Hyundai is known to sandbag its range numbers. The ID.3 can charge faster but acceleration is about the same.

The presenter loves his Kona but says he prefers the ID.3. Still, the fact that the Kona Electric isn’t built on a dedicated EV platform and performs the same as an EV that is is pretty impressive. The Tesla Model 3 has the most range and power but is also the most expensive of the three.

He walks away from the range test impressed but thinks that most people usually don’t need that much range. I was hoping he would’ve driven the ID.3 until empty in case it would have gone further than his estimate. I was also hoping the larger 77-kWh battery pack would have given the ID.3 a longer driving range.