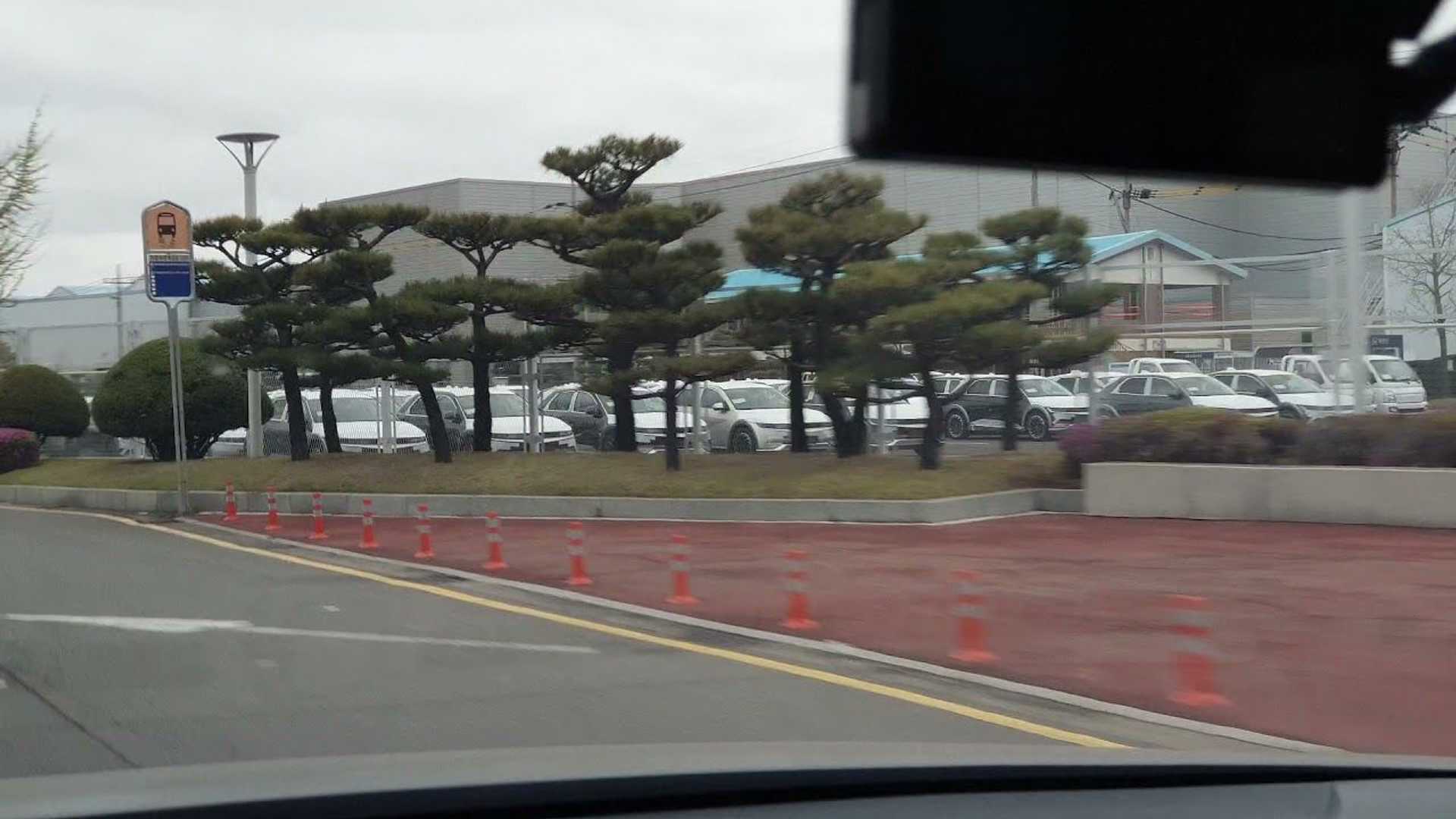 Despite the components shortage, the production of Hyundai Ioniq 5 has started in Ulsan factory in March and continues into April, at a lower rate than initially planned.

Here is a very short video, recorded on April 4 in South Korea, that presents a parking lot with probably dozens of brand new Ioniq 5, ready for shipping.

It’s great to see that Hyundai is at this stage already and possibly soon will send the first batch of cars to Europe, as well as to South Korean dealers. Those are the first two major markets.

In South Korea, the first Ioniq 5 are spotted pretty regularly (the customer deliveries to start this quarter.). Here is one of many new videos:

With thousands of reservations (reportedly more than 35,000 domestic reservations ), the company probably will need many months to match the demand.

To support the rollout, Hyundai Motor Group is building a new network of ultra-fast charging stations in Korea. In Europe the company has simply joined the IONITY network.

Overall, the Hyundai Ioniq 5 has been well received and if the first reviews will be positive, ramp-up smooth and hassle-free, we are quite optimistic about this new launch.

The missing puzzle is the market launch in North America. We don’t know much about it, so the only all-electric Hyundais available in the U.S. probably still will be the Kona Electric and Ioniq Electric.

Moreover, high demand in Europe and not much love for small hatchbacks in the U.S. are factors speaking for a late launch.