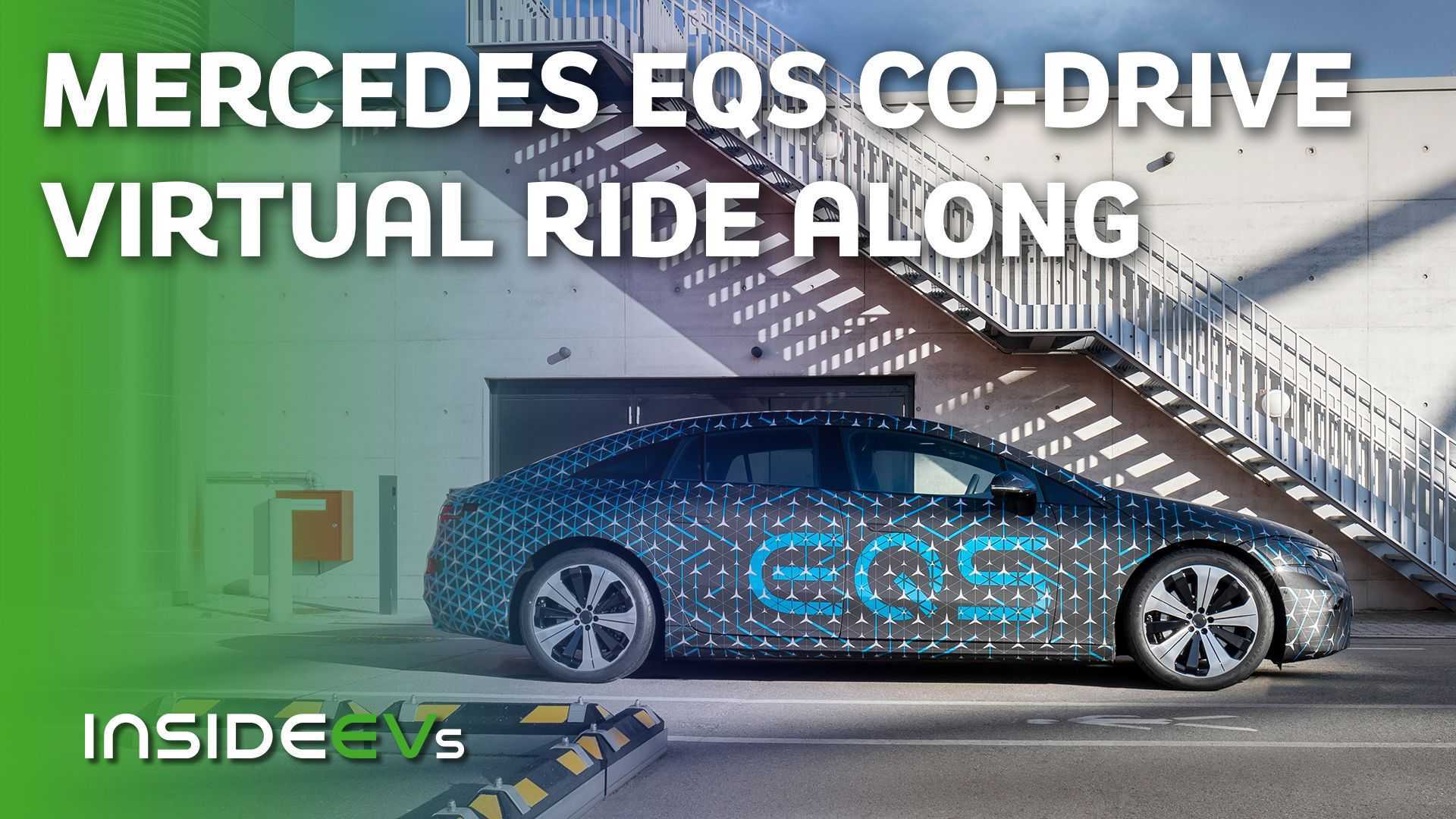 The Mercedes-Benz EQS is the brand’s first electric sedan that will hit the production line later this year. So far, the electric flagship sedan seems impressive. Besides the stunning MBUX Hyperscreen, the EQS will have a WLTP range of up to 770 km (479 miles).

There is still a lot we don’t know about the new EV, but the above video will give us a better idea. Our very own Kyle Conner did a virtual ride-along with Dr. Fabian Wuttke, project lead, sedan development for Daimler. As Dr. Wuttke cruised around Stuttgart, he discussed how the whole vehicle architecture was developed from scratch, not based on an ICE vehicle, which is probably the main reason why it’s so efficient. Another thing helping the EQS’s efficiency is its very low .20 Cd, the brand claims it’s the lowest of any series production vehicle.

Dr. Wuttke confirmed that the battery pack has 107.8 kWh of usable energy and the total size is a little over 113 kWh. The maximum charging speed is 200 kW, which gets about 300 km (over 180 miles) of range in just 15 minutes. The charging curve should stay relatively flat until 80 percent. Once the EPA rates the EQS, it will be lower than the WLTP’s rating, likely in the area of 400 miles.

The version he was driving produces a total of 385 kW (516 hp) and 828 Nm of torque (611 lb-ft) from its front and rear motors. He said the big sedan will hit 100 kph (62 mph) in just 4.3 seconds and can launch multiple times. Even though it’s quick, Dr. Wuttke emphasized the EQS’s comfort level. The brand wants to uphold the S-Class’s heritage of ultimate comfort, meaning Mercedes focused a lot on NVH (noise, vibration, and harshness) reduction and overall comfort levels.

Mercedes will continue to release information as it gets closer to the production date later this year, including OTA update information.