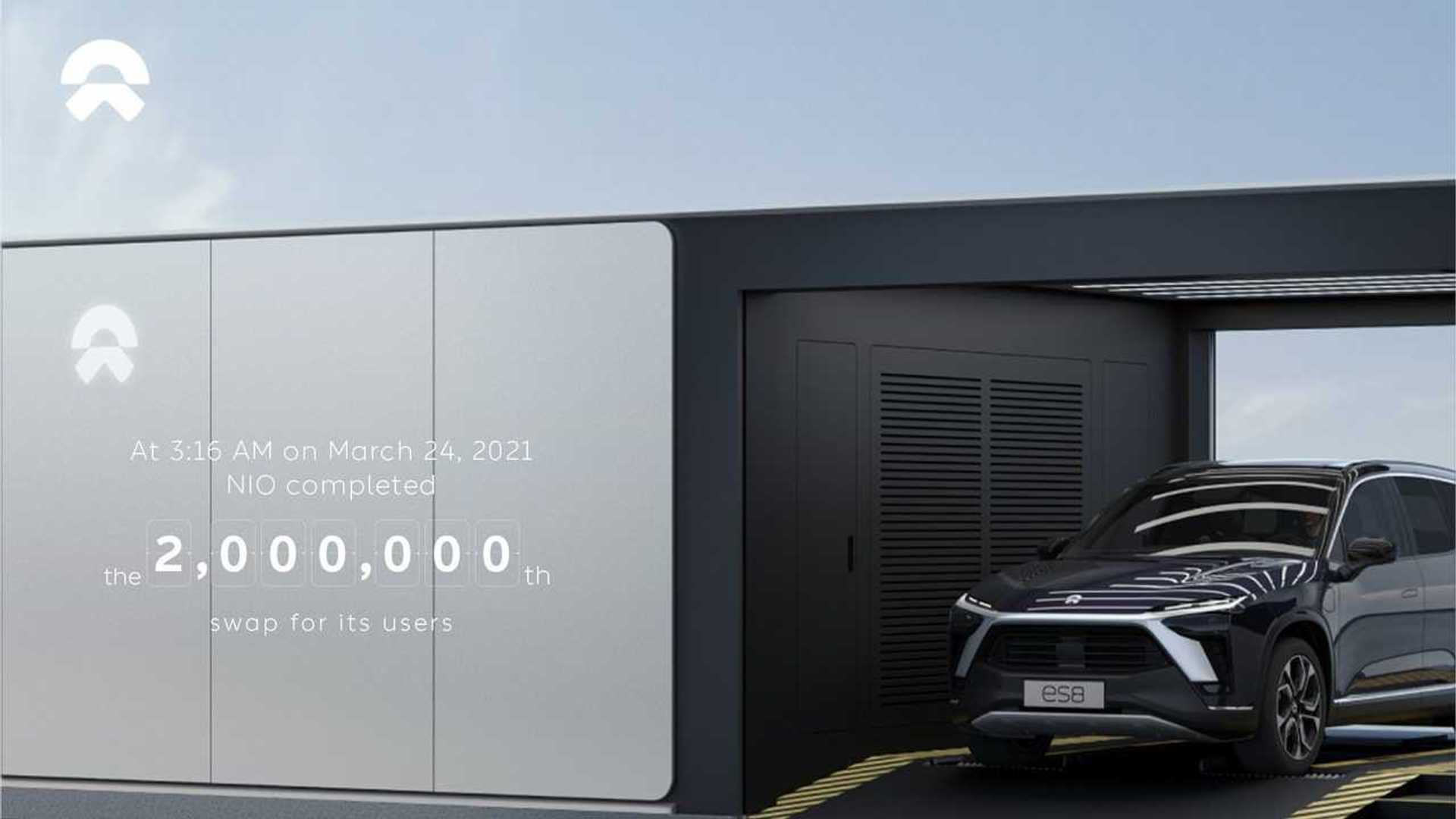 The Chinese electric vehicle manufacturer NIO has announced that on March 24, 2021 has completed its 2,000,000th NIO Power Swap in Suzhou Delivery Center, China.

The latest milestone comes in less than five months since 1 million mark was achieved in October 2020.

Let’s recall that all NIO electric cars, with 70 kWh, 84 kWh and 100 kWh battery packs can use the stations to quickly swap the battery and continue a trip, or to upgrade the pack from lower to higher capacity. Such approach is possible thanks to NIO’s Battery as a Service (BaaS) solution (monthly battery subscription).

The company has released also a few interesting stats:

By mid-April, NIO intends to deploy its new NIO Power Swap 2.0 station, that will be capable to swap three times more batteries per day than the outgoing generation.