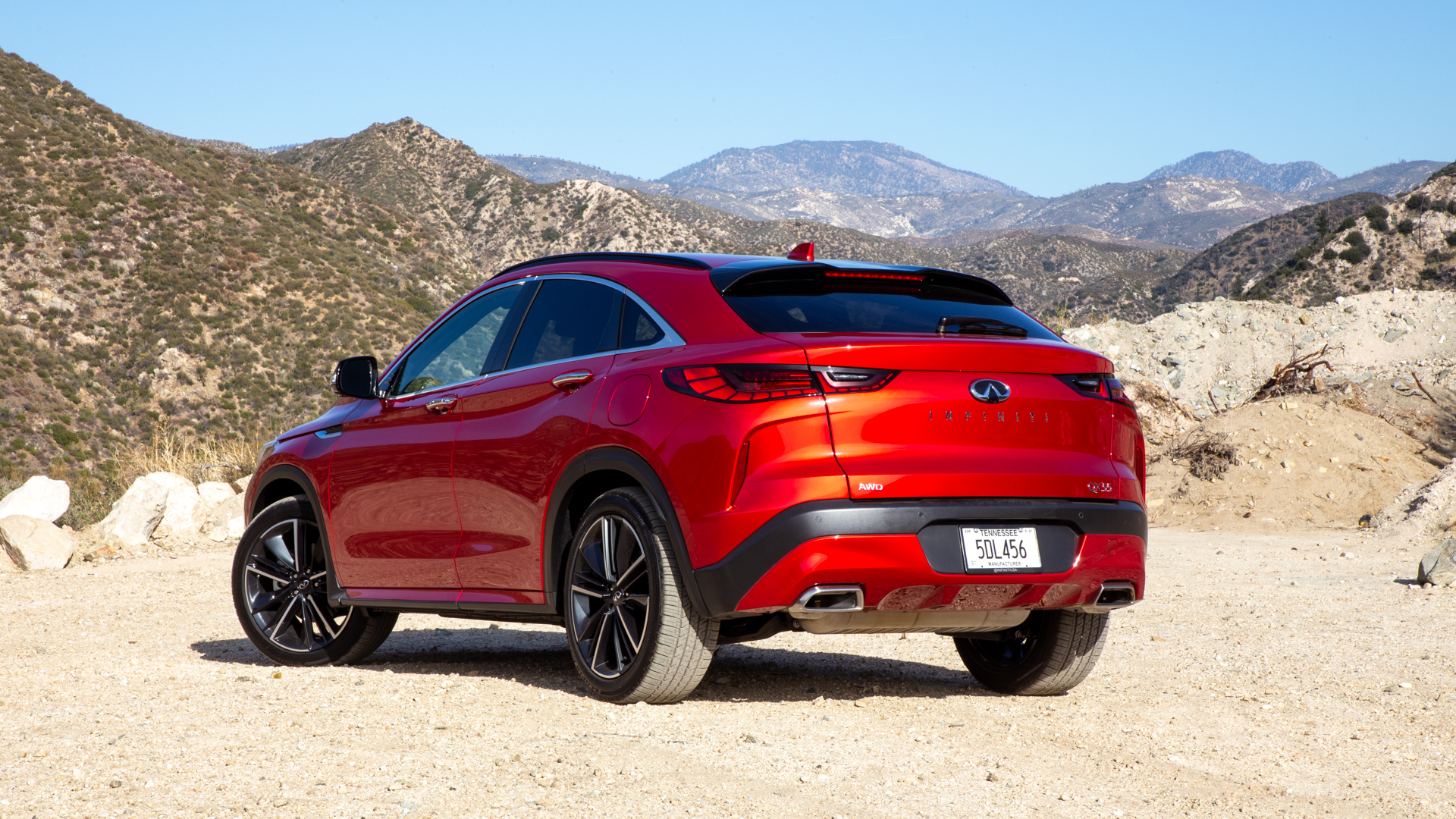 We drove the 2022 Infiniti QX55, learned about a lifted Subaru Outback, and reported on a 1967 Chevrolet Corvette L88 sold at auction. It’s the Week in Reverse, right here at Motor Authority.

We slid behind the wheel of the 2022 Infiniti QX55 to determine whether a faster roofline is worth about $7,000 over a QX50. The answer: That’s a lot of extra money to pay for style that isn’t matched with substance. The shortcomings are noticeable and the German competition simply does it better.

The covers came off the 2022 BMW Alpina B8 Gran Coupe. With a price of over $140,000, this four-door coupe will be rare when it lands at BMW dealerships in late spring (Alpina only builds about 2,000 cars annually). While an M8 Gran Coupe exists from BMW, the Alpina model will be something special with trademark styling cues and top-shelf features.

A lifted Subaru Outback is headed into production. The rugged Outback will be “adventure-ready,” according to Subaru. The tall wagon will be revealed on March 30 and should be a 2022 model. Expect new wheels riding on Yokohama Geolander All-Terrain tires along with the lifted ride height.

The 2022 Hyundai Kona N was spied without any disguise during an official photo shoot in Germany. The hot hatch/crossover will feature the Veloster N’s turbocharged powertrain, though it’s unclear if all-wheel drive will be offered. Expect a debut to occur soon and the pocket rocket to arrive in dealers later this year as a 2022 model.

A numbers-matching 1967 Chevrolet Corvette L88 sold for $2,695,000 at a recent Mecum auction in Arizona. It was one of just 20 built that year, and it’s finished in Sunfire Yellow. The car previously underwent a 10-year restoration, making this a stunning example of a rare car.