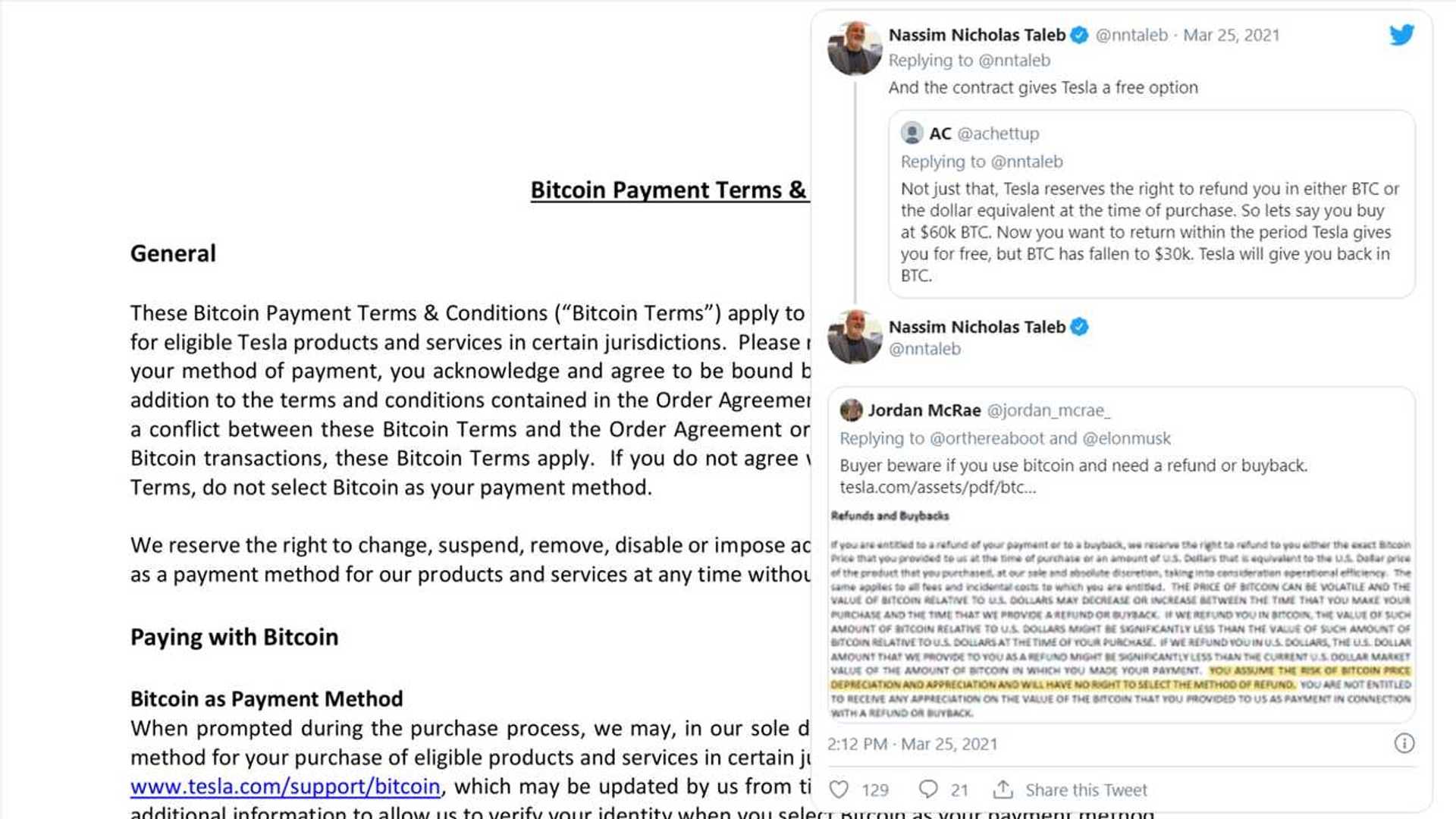 The author of “The Black Swan” and “Skin In The Game” tweeted about Tesla again. Not to ask for a repair for butt dialing and a proper refund but to warn about buying a Tesla with bitcoins. Nassim Nicholas Taleb said it could be a terrible deal to do so.

His first tweet reminded people of something fundamental: Tesla does not price its cars in bitcoins. It uses dollars. That means the price will have to be converted into bitcoins for the payment to be done.

Taleb disputes that bitcoins are a currency, as calling them a “cryptocurrency” implies. For him, it is a speculative item. But that is far from being the only risk the deal could bring to potential Tesla customers. The author warns about Tesla’s “Bitcoin Payment Terms & Conditions.”

That document states that Tesla can choose how it will refund customers if they do not want to keep the car: dollars or bitcoins. That implies the carmaker can select the best deal for it. If bitcoins lose a lot of value, Tesla can give you back the bitcoins you used. If they appreciate, the company may refund you with dollars and keep the difference.

With such conditions, which you can read here, most customers with bitcoins to spend would probably prefer to convert them into money and pay Tesla in dollars. That would ensure they would have no surprises depending on the bitcoins are worth should they have any issues.

Although it may seem unlikely to Tesla customers, we have already seen quite a few cases of buybacks involving vehicles from the brand – in the US or abroad, in places like Norway and China. Since bitcoin payments are only available for customers on American soil, they are the ones who should be aware of these “terms & conditions.” Regardless of Taleb’s warning, carefully reading the contract is step 101 for any good deal.