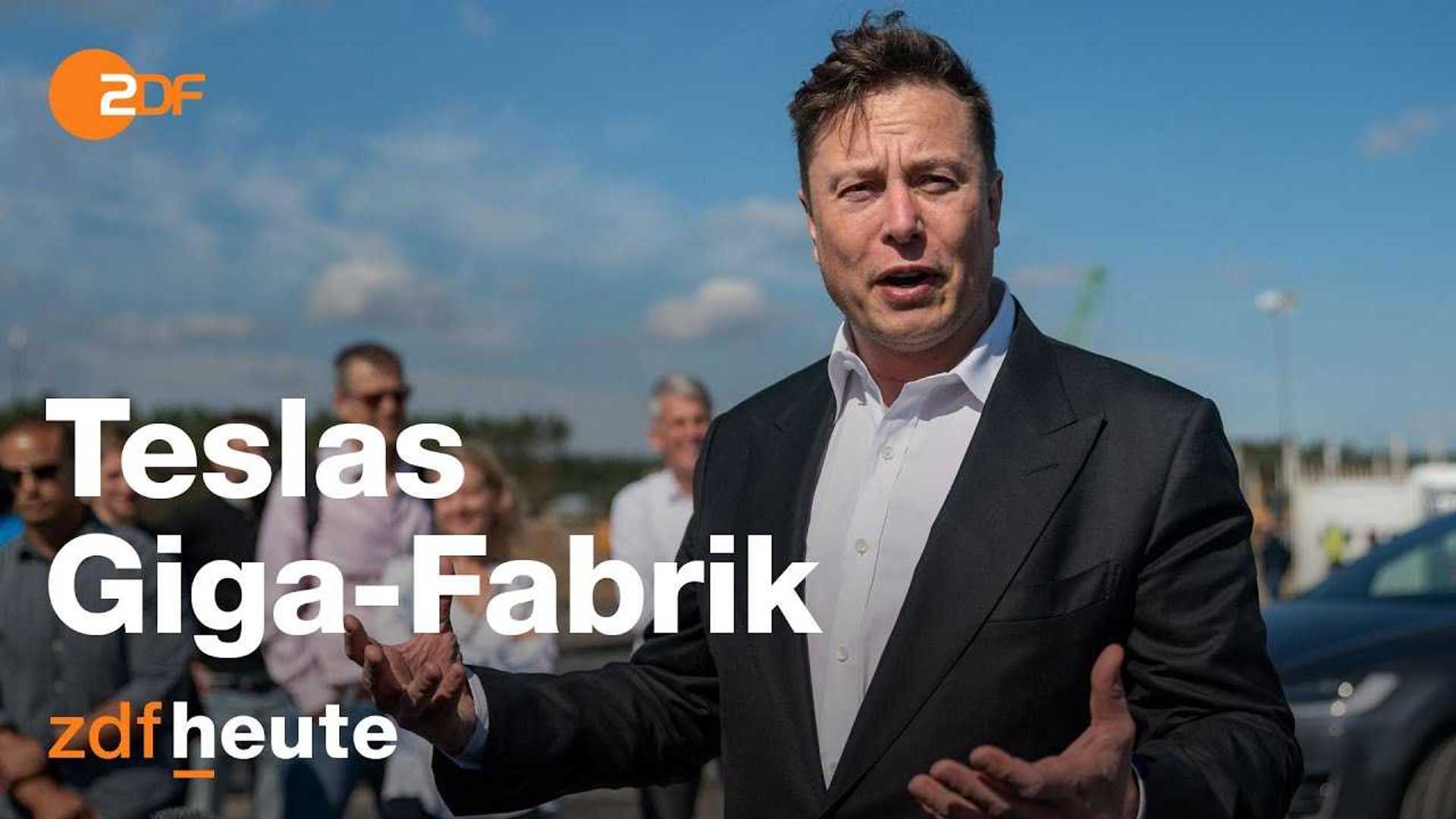 The video above is only in German, but there’s also an English version for it on the ZDFheute Nachrichten website. This is what we have watched to learn more about what is going on at the so-called Giga Berlin, a factory that is actually in Grünheide, Brandenburg. The documentary tells how Tesla chose the site and the issues it is currently having.

One example is that it still lacks a building permit, which is quite surprising for a factory supposed to start operating in July 2021. We have already shown how complete the building already looks.

It is not clear if Tesla wanted to have a factory in Germany or if it was an effort from politicians such as Jörg Steinbach, minister of economic affairs of Brandenburg. He is the one that tells about a conversation with Elon Musk in which Tesla’s CEO almost gave up on the factory if he could not call it Giga Berlin.

Steinbach told him he wanted to promote Brandenburg and that it was a big no-no to have a factory in that German state called Giga Berlin. Berlin is the country’s capital but also considered as one of the 16 constituent states in Germany. Musk would be ready to give up on the factory due to the name.

Tesla received the promise that all legal procedures to build the factory would be quick to solve, just like they apparently were for Giga Shanghai. That made people familiar with the German bureaucracy doubtful. Not having a building permit until now shows they were right. But that did not stop Tesla.

The factory was placed in an area of environmental protection due to groundwater reserves. Residents like Nicola Riesberg and Steffen Schorcht are deeply concerned that the factory may pollute water supplies as much as André Bähler, chairman of the Water Board Strausberg-Erkner. He advised that the factory should not be built there.

In the construction process, Tesla faced the sandy soil of the region, which demanded piles to provide a foundation to the plant. Groundwater zones in Germany forbid that. Bähler said Tesla made an independent investigation that determined the damages “would not be very severe.” He said he expected no damages, severe or not, would be allowed to that area.

Steinbach said Tesla was fined for that illegal building. However, the company later received an exemption from the groundwater protection ordinance and placed 560 piles on the ground. All piles invaded the groundwater table.

Apart from the environmental concerns, Tesla will also face resistance from the Deutscher Gewerkschaftsbund, the German union confederation. Its chairman, Reiner Hoffmann, had a harsh speech prepared for Tesla’s plans not to have unions at Giga Grünheide.

The documentary spoke to Cindy Estrada, vice-president of UAW, and three former Tesla employees. Cristina Balan is currently suing Tesla for defamation after being accused of trying to favor specific suppliers. She claims she was fired for warning about a safety issue with the Model S mat that could cause unintended acceleration issues, such as the ones Toyota had.

A man identified only as Lane reported that his finger was cut off at Giga Nevada. After getting it stitched back on, he was allegedly told to go back to work. Another one, named only Cris, reported undergoing multiple surgeries due to work-related injuries.

The documentary also made sure to mention how Musk resisted keeping Fremont closed due to lockdown orders. The Washington Post reported that more than 400 workers were infected in the plant after it reopened.

Tesla plans to invest €5.8 billion at Giga Grünheide, but it will receive €400 million in incentives from the German government and €1 billion more for its battery factory there. After watching the documentary, we wonder when the company will get the building permit for its almost finished plant.

Hertz, V2G, 40 US EVs And The Dakar Rally: Top EV News Jan 20, 2023
Tesla Bot | Actuators Team
VinFast VF 8 gets new promotional program and updated range
EVCS to open up its charging network through Hubject’s platform
What EV has the Best Bang for the Buck?