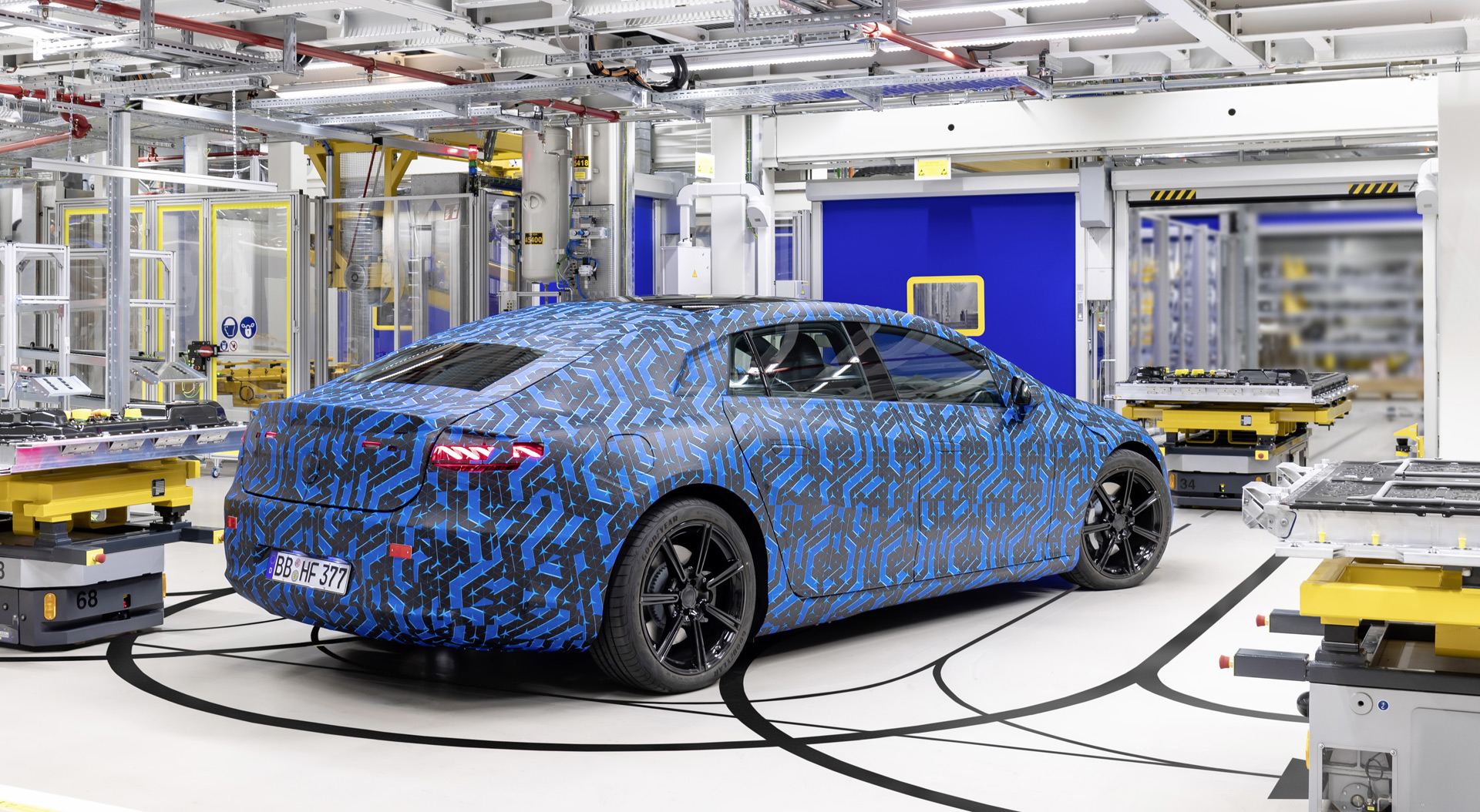 VW makes a big shift toward battery technology. BMW looks to its next-generation interface due in the iX electric SUV. And which Mercedes EVs are coming to the U.S.? This and more, here at Green Car Reports.

Volkswagen aims to cut cell costs of its electric vehicles by up to 50% by the end of the decade—through the use of a unified cell design that the automaker will oversee and make. VW also sounded very positive about solid-state battery technology—and its potential 12-minute charging times—due to arrive around the middle of the decade. VW’s announcements represent something bigger, too: a shift to seeing the cells inside the battery pack as a core competency.

BMW on Monday introduced an integrated head-up display and more flexible interface as part of iDrive 8, due to arrive in the 2022 BMW iX electric SUV. In the iX, two display screens span side-by-side as one, spanning about half of the dashboard.

Mercedes-Benz has quietly reworked its electric-vehicle plans for the U.S. market, away from the EQC electric crossover. What do we get instead? We look at the four fully electric Mercedes-EQ models that are confirmed for the U.S.—plus one or two that are still maybes.

Sign up to get the latest green car and environmental news, delivered to your inbox daily!

I agree to receive emails from Green Car Reports. I understand that I can unsubscribe at any time. Privacy Policy.