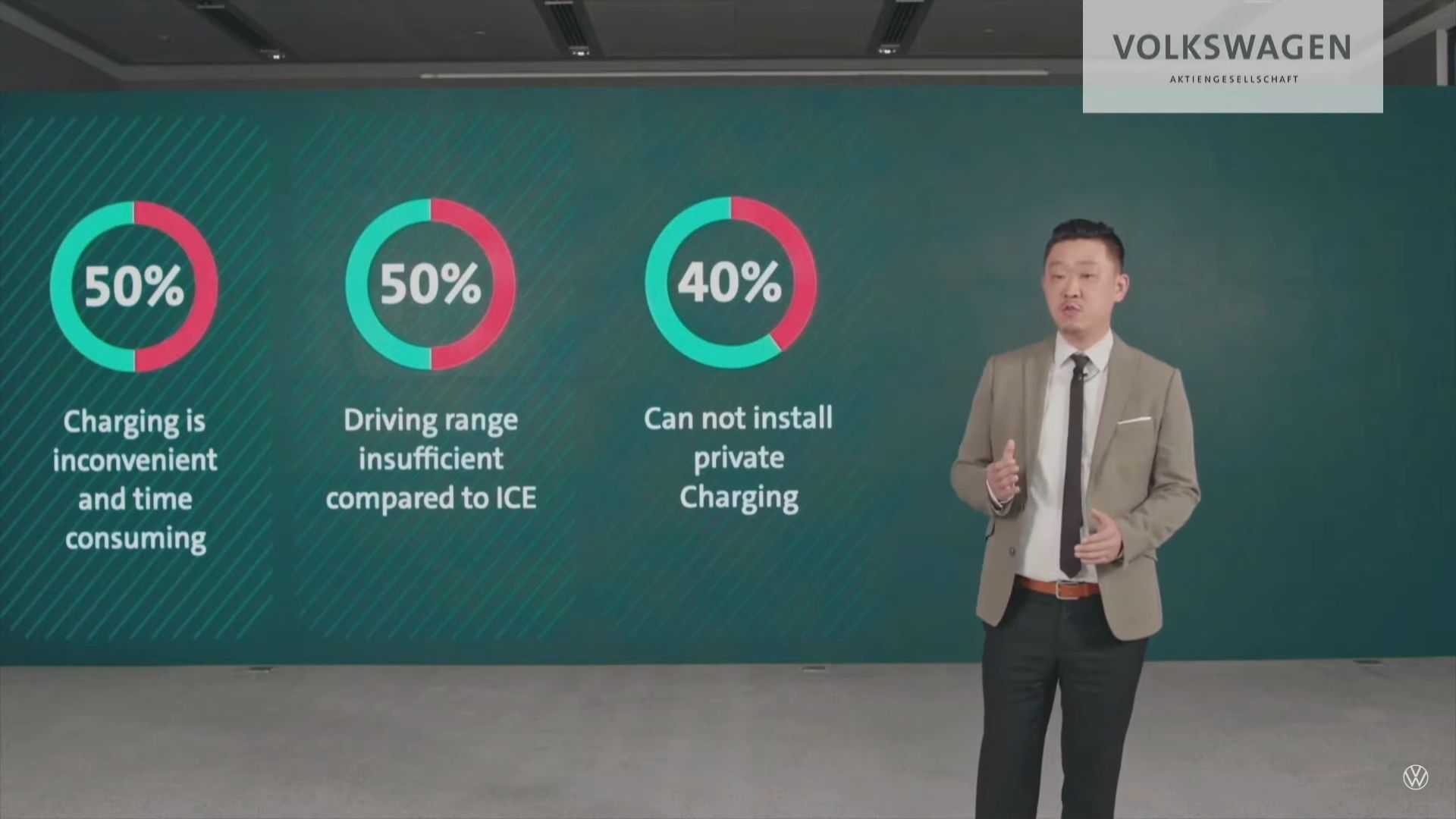 China has the largest population in the world, which makes it have some of the largest cities anywhere. That implies traffic and a lot of concentrated pollution from combustion-engined cars. This is why it is also the biggest EV market in the world. Volkswagen revealed all the issues Chinese customers face in EV adoption, and they are surprisingly familiar to any drivers with the same goals worldwide.

Xu Peng, the company’s director of technology strategy in China, revealed what is happening there at the Volkswagen Power Day. According to the executive, the main problem for Chinese drivers is charging.

Volkswagen researched what stands in the way of EV adoption there and found out that 50 percent of Chinese car buyers consider that inconvenient and time-consuming. That probably explains why Nio’s strategy for swapping batteries is so successful there.

For everyone else that does not own a Nio or any other EV with battery swapping, having nowhere to install a charger at home is a hindrance: more than 40 percent of car buyers do not have that option. If all of them could, 50 percent would still find the driving range insufficient compared to that of an ICE vehicle.

For the ones that decided to follow the path of electric mobility, 81 percent of all charging poles in China are not very fast, 30 percent of them are always blocked by a combustion-engined car – or by an EV that is not charging, which is equally annoying – and 30 percent of the chargers are not working due to deficient maintenance.

That leads to an unpleasant number for those who want EV adoption to increase: in China, the success rate when trying to charge can be as low as 30 percent, which means that people fail to charge seven times out of ten attempts.

This is not very different from what Portuguese EV owners face, as I wrote a while ago. It is also something that emerges in researches in the US and other European countries. Improving the charging experience is clearly a priority, and Volkswagen seems to have made that with CAMS (Charging As A Mobile Service).

This joint venture with FAW, JAC, and StarCharger finds a charging spot, reserves it for you, and also prevents anyone from getting that parking spot with locks. It plans to have 6,000 charging points in eight new cities, which will create more than 500 charging stations for CAMS in China this year. The slowest chargers there are for 120 kW, and the fastest ones reach 300 kW.

It will be more than welcome. Volkswagen believes it will sell 2 million EVs per year in China alone, reaching about 12 million electric cars by 2030. Founded in 2019, CAMS should break even by 2023. Due to continuous investments, profitability will only happen by 2028. By 2025, CAMS expects to have 17,000 charging points in most Chinese cities.