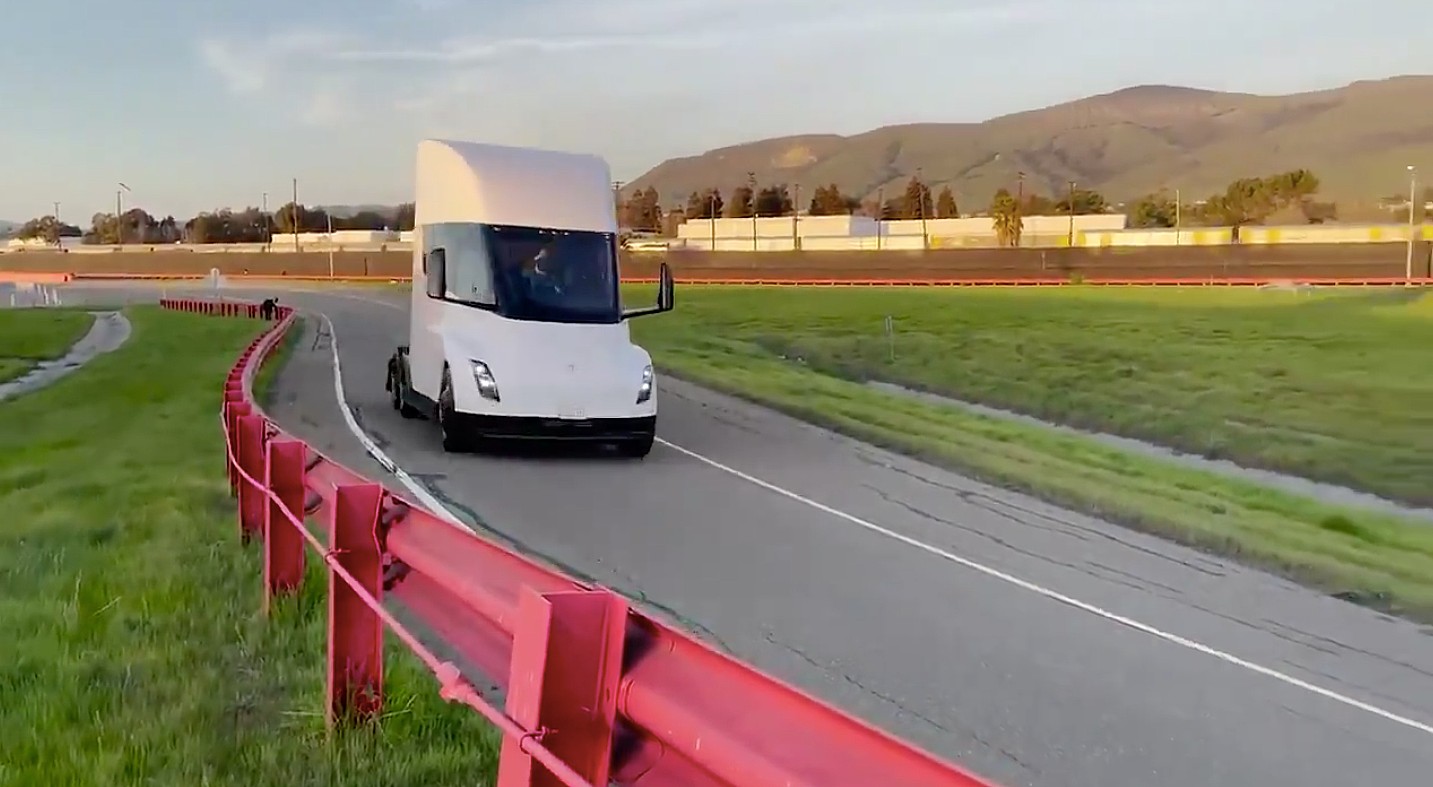 The Tesla Semi is not like traditional long-haulers out there. It’s all-electric, so it does not pollute the air during its operations; it’s quiet, unlike the massive, loud diesel engines of conventional semis; and it’s amazingly quick, going from 0-60 mph in 5 seconds flat without a trailer. Such acceleration was showcased recently as Tesla shared a short video of its upcoming truck on its official Twitter account.

The short video featured an updated version of the Semi–complete with a white paint scheme, new doors, and revamped windows–ripping through a section of the Fremont Factory’s test track in a rather picturesque day. The video is only a few seconds long, but it does showcase how quick the Semi really is, especially when it’s accelerating without a trailer.

Semi on the track pic.twitter.com/0QCTYGbLJv

Needless to say, the Semi accelerates almost like a sports car in the video, which is almost uncanny considering the fact that the all-electric truck is a Class 8 vehicle. Similar to other sightings of the Semi in the wild, the truck in the video also featured a rather audible whine from its four Model 3-derived electric motors. This whine makes the Semi louder than Tesla’s other cars, but it does give the Class 8 hauler an unashamedly futuristic sound.

Interestingly enough, what appears to be the very same Tesla Semi in the recently-shared video was spotted being filmed from a Model Y camera car last week. Considering that the Model Y camera car was running ahead of the Semi while the truck tore through the test track, it would not be surprising if more videos of the Class 8 all-electric long-hauler are posted within the coming days and weeks.

While the Tesla Semi is already delayed from its estimated release date, reports from the electric vehicle community have hinted that the EV maker is looking to start manufacturing the Class 8 truck later this year. As per reports, Tesla is reportedly aiming to start building Semi release candidates around May 2021, with pilot production beginning in July 2021. By the end of the year, Tesla is reportedly looking to produce about 100 Semis per week.