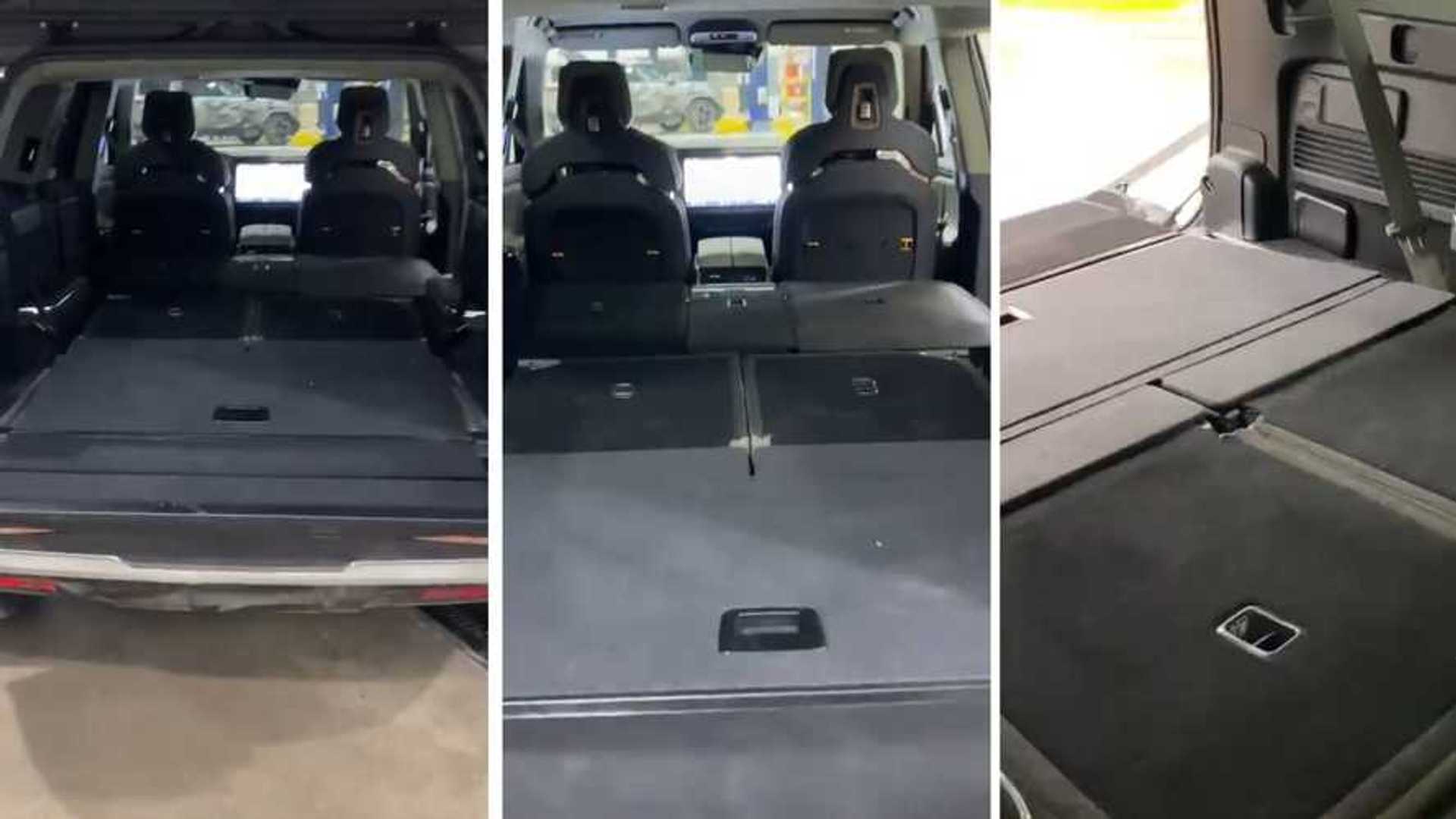 As we can see, the R1S has a small tailgate to make loading/unloading easier, and quite a significant trunk compartment.

Inside, both the second and third row can be folded completely flat so it should be easy to arrange a place to sleep. Because of the size and length of the vehicle, even a tall person will be able to sleep comfortably.

In other words, the R1S has big potential for camping, which is one of the most important things for those who would like to buy such an EV for adventures.

For those who don’t need seven seats, there will be a five-seat option with a bigger trunk for all the gear needed on journeys.

We guess that with the all-wheel-drive system and large battery pack (important to maintain the temperature during the night), EVs might turn out to be far better campers than the internal combustion equivalent in another segment.

Customer deliveries of the R1S are expected to start in August 2021 (shortly after the R1T). The Launch Edition starts at $77,500 MSRP, which effectively is $70,000 after deducting federal tax credit.

The projected range with the “Large pack” option to be 300+ miles (483+ km). At this point the final production specs in not yet announced.

Here a short video from about a month ago, showing how big the R1S is:

Without a doubt, the R1S is the most significant new large all-electric vehicle in the U.S. since the Tesla Model X came out several years ago. The R1T, on the other hand, will probably be the first series-produced modern all-electric pickup on the market.