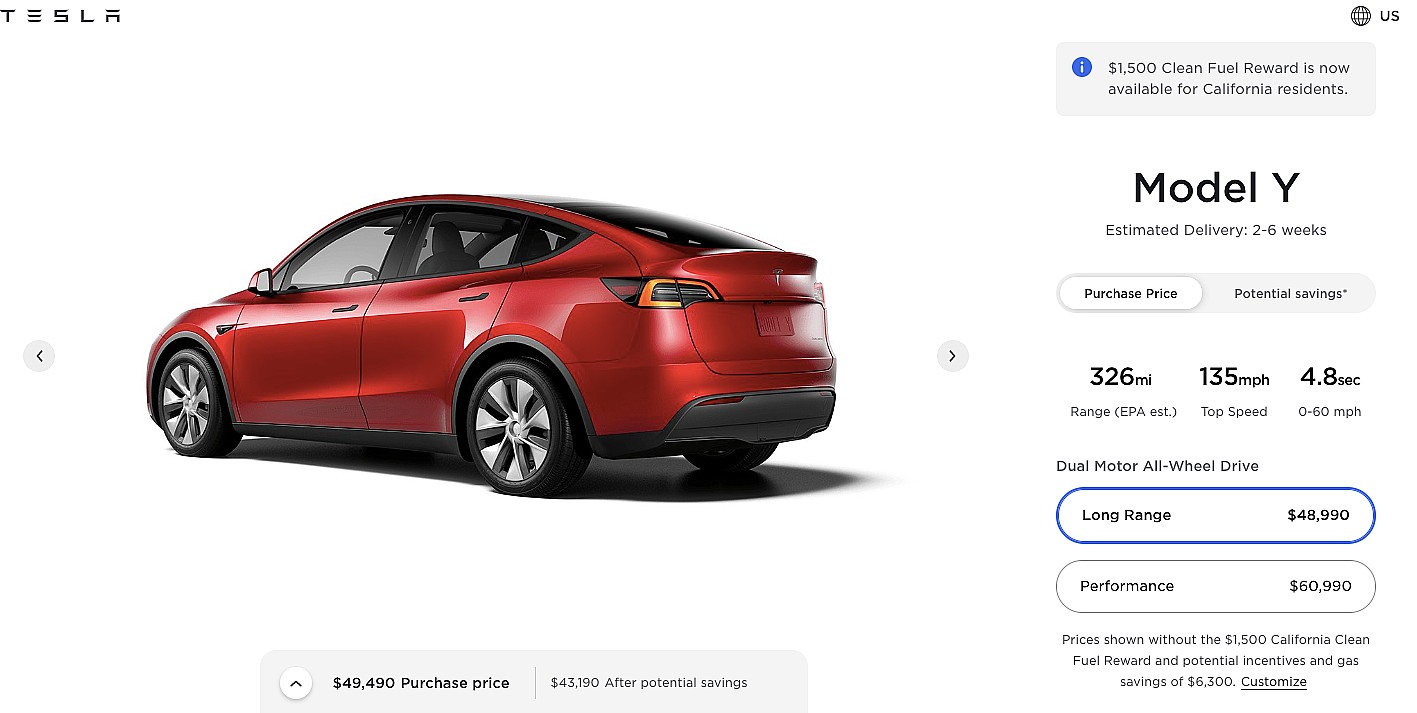 The Tesla Model 3 and Model Y’s Long Range Dual Motor AWD variants recently received a price cut, allowing the midrange vehicles to become even more competitive in the EV market. With their recent price adjustment and potential upcoming EV incentives from the US government, the Model 3 and Model Y have effectively taken yet another step towards closing the gap against gas cars.

Interestingly enough, the price adjustment was rolled out just days after the electric car maker rolled out another set of price cuts. Just last week, Tesla adjusted the price of the Model 3 Standard Range Plus to $36,990, down $1,000 from its previous $37,990 starting price. The Model Y Standard Range also received a $2,000 price cut to $39,990 from its previous price of $41,990.

Surprisingly, Tesla’s recent update effectively removed the Model Y Standard range from the vehicle’s online configurator. The reasons behind the vehicle’s removal remain unknown, though it is quite strange on Tesla’s part, especially considering that the variant just received a substantial price cut. That being said, Tesla is known for rolling out changes on the fly, so expectations are still relatively high among the EV community that the entry-level Model Y will return, at least at some point.

The Tesla Model 3 and Model Y are already competitive against their ICE competitors to begin with, but the two vehicles still have vast areas of improvement. This is evident in the innovations that Tesla is yet to implement on the cars such as its 4680 cells and structural battery packs, both of which are expected to optimize the EVs’ manufacturing costs, performance, and range. Once these are implemented fully, Tesla’s Model 3 and Model Y could be even more formidable competitors to the internal combustion engine.

Marposs offers a new system for checking pouch cell battery welds
Rivian Opens Its First Solar-Powered EV Chargers In Tennessee
A multi-physics approach to battery thermal management and runaway analysis (Webinar)
J.D. Power sets out to quantify progress towards EV adoption
What EV has the Best Bang for the Buck?