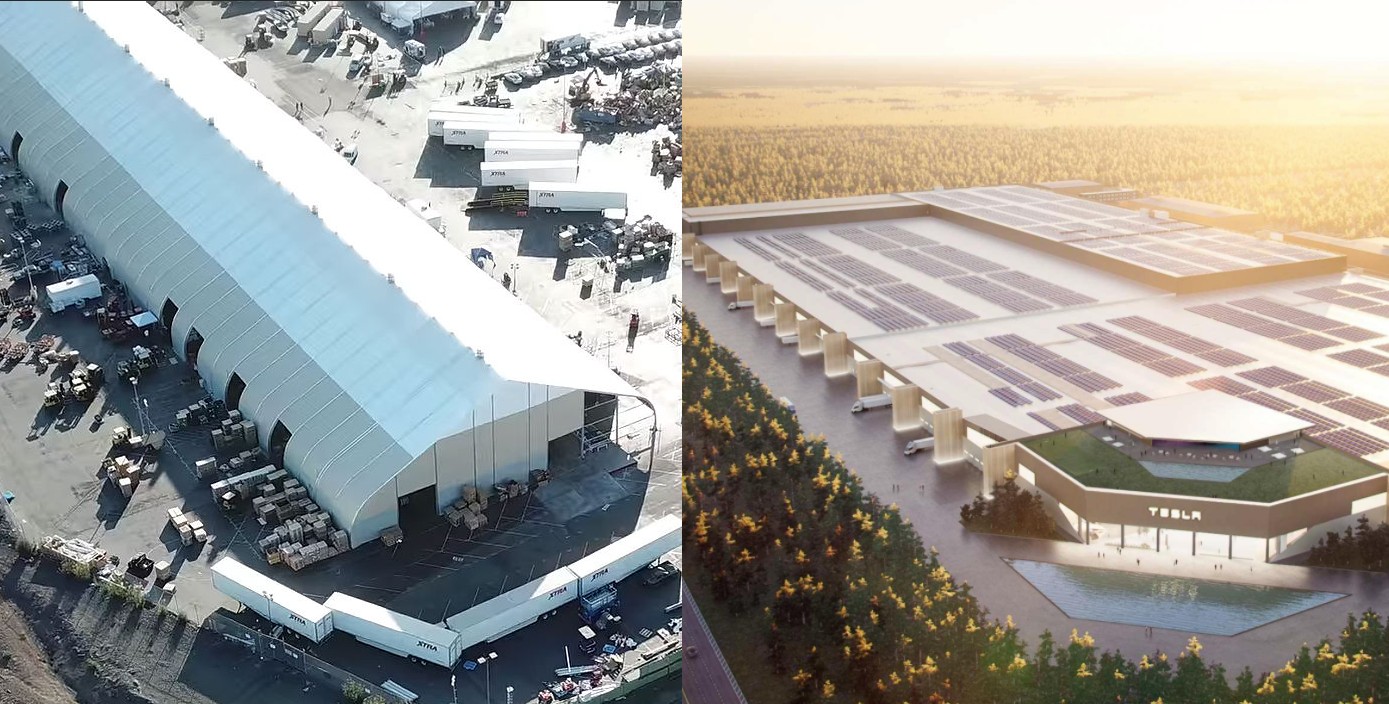 Back in 2018, Tesla was in a very different place. The company was struggling to release the Model 3, and it was behind on Elon Musk’s aggressive self-imposed vehicle production targets. The Fremont Factory’s assembly lines were not producing enough Model 3s, and it seemed like the company was poised to fail. Critics and shorts circled Tesla like sharks smelling blood in the water. But something unexpected happened, and things were never the same after.

Throwing convention out the window, Tesla built another Model 3 line inside a massive sprung structure at the Fremont Factory grounds, which CEO Elon Musk fondly called a “tent” online. The structure, dubbed as GA4, was mocked to the highest degree, used as a joke by critics, and dismissed outright by skeptics. However, what was almost unknown at the time was that Tesla might have actually stumbled into something special with its sprung structure-based line. By building a simple, straight, Model 3 line inside a “tent,” Tesla seems to have effectively created a solid Gigafactory formula.

No standard automotive solution could be built in time, so we created a new solution. It is working & has slightly higher quality than the more traditional general assembly line. Perhaps most surprising is that the total cost of production in the Sprung tent is lower.

The sprung structure-based Model 3 line was the brainchild of Automotive President Jerome Guillen, widely known as Elon Musk’s “problem solver” back in the Model S’ early days. The “tent”-based line followed a relatively simple system, with vehicles being assembled progressively the further they moved into the tent. Even GA4’s loading bays were placed on the sides of the structure, allowing Tesla to take deliveries into the line efficiently. Musk was enthusiastic about the sprung structure on Twitter, noting not long after the “tent” was built that the vehicles produced in the site had “slightly higher quality” than cars made elsewhere.

These humble but creative beginnings appear to have become the heart of Tesla’s Gigafactory formula, one used in Giga Shanghai and Giga Berlin, and seemingly improved further with Gigafactory Texas. This could be seen in the design and processes that Tesla has adopted so far in its Shanghai and Berlin plants, both of which invoke the image of a scaled-up, refined, and optimized version of Fremont’s “tent.”

Tesla critics typically overlook the fact that the Fremont Factory is a legacy car plant at its core. It’s an expansive facility, and it is impressive in its own right, but it’s not a site developed specifically to produce all-electric cars. Thus, for the Model S, Model X, and the Model 3’s early days, Tesla was essentially developing a system that makes EVs at scale using a facility designed initially to manufacture cars equipped with the internal combustion engine.

Of course, Tesla has made numerous adjustments to make the Fremont Factory into one of the most advanced electric vehicle plants in the market. However, it is difficult not to be impressed with Tesla’s quick production ramp and flexibility in Gigafactory Shanghai, arguably the first EV factory that the company built using its GA4 formula, with its simple production lines to its numerous loading bays at its side. This concept seems to have been carried over to Gigafactory Berlin, which is expected to ramp its operations at a rate that rivals even that of Giga Shanghai.

A Matter of Scale

Ultimately, it appears that GA4 was Tesla’s “eureka” moment of sorts, at least for its electric vehicle factories. By scaling up and refining the sprung structure-based concept, Tesla was able to create monster factories like Giga Shanghai, and later this year, Gigafactory Berlin as well. However, this is not all as Tesla seems to be adopting an updated design for Gigafactory Texas, with its three main buildings built parallel with each other. Little is known about the reasons behind Giga Texas’ design, but there’s little doubt that the expansive facility will be very impressive when completed nonetheless.

Prior to the Model 3’s “production hell,” Elon Musk spoke about Tesla’s “Alien Dreadnought” factories, which are supposed to be so automated and advanced that they would resemble alien facilities featured in sci-fi fiction. Tesla seems to have shelved this idea following the Model 3’s challenges in its initial production ramp. With an established Gigafactory formula of sorts in its repertoire, however, and coupled with innovations such as the Model Y’s megacasts, Elon Musk’s dreadnoughts may not be too far into the future at all.