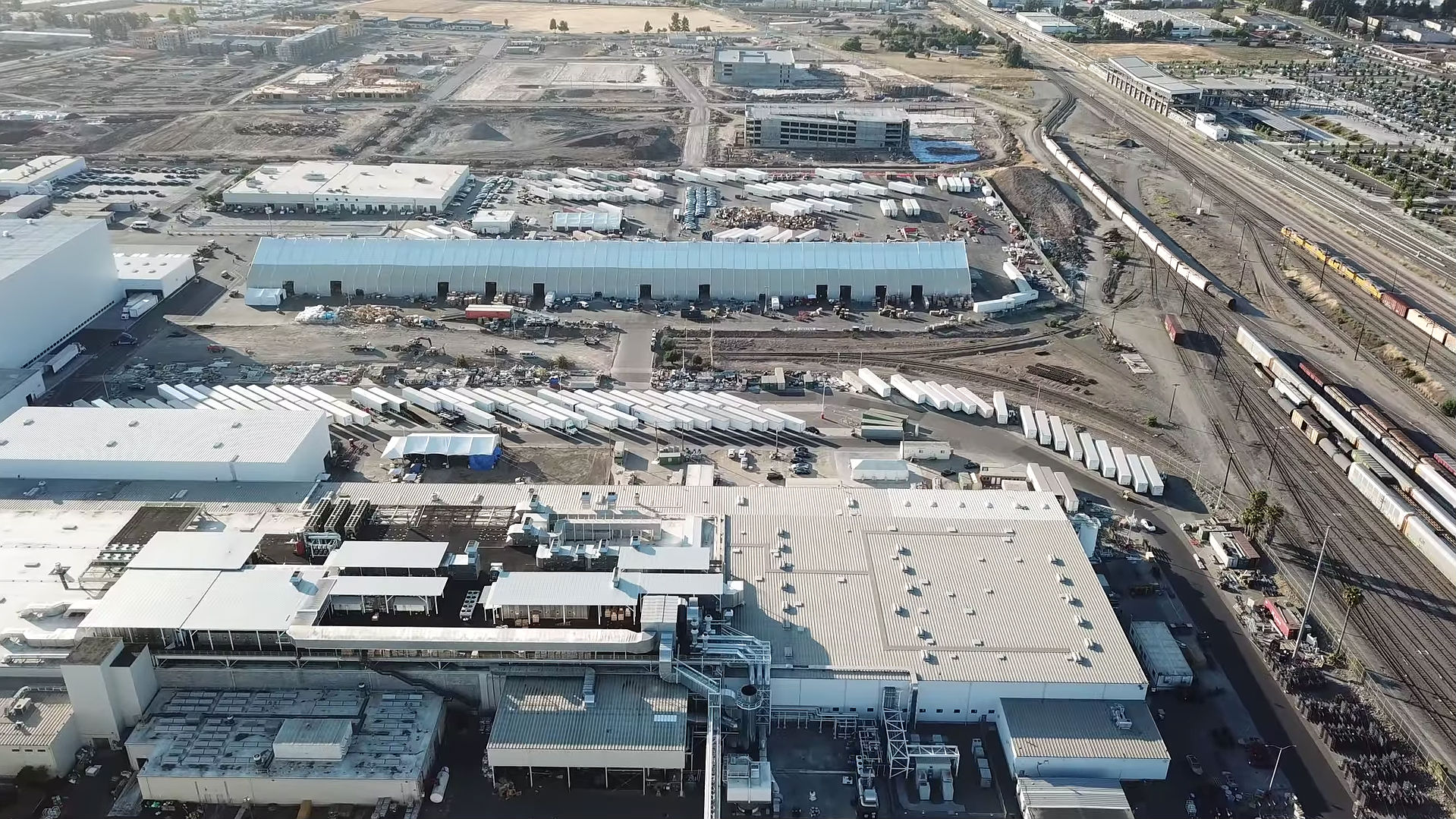 Tesla has filed an application with the City of Fremont to expand its vehicle production facility by 64,000 square feet. The application describes plans to implement foundations and install below-ground utilities under General Assembly 4.5 (GA 4.5), where the Model Y production lines are located.

GA 4.5 is currently a tent, or spring structure, that sits outside of Tesla’s Fremont factory. It has been home to the Model Y production and possibly the Model 3 as well since February 2020. According to past permit filings with the City of Fremont’s local government, Tesla initially opened the tent outside during this time and has added to the tent on several occasions.

Tesla is now looking to make GA 4.5 permanent by adding a 64,000 square foot structure onto the Fremont factory. The spring structure that was used before was erected in a pinch as Tesla was planning to begin the production of the Model Y but didn’t have the space for it with Model S, Model X, and Model 3 production all going on under the same roof.

Tesla will add GA 4.5 to the Southern portion of the Fremont factory, expanding the factory itself, and at the same time, making the 4.5 assembly lines permanent with foundational structures and underground plumbing and electrical work.

It seems that it was only a matter of time before Tesla expanded the Fremont factory to make way for more projects. While demand continues to expand globally, Tesla is still funneling many of its vehicles from the Fremont factory in Northern California. The plant handles global Model S and Model X demand, while Model 3 demand is split with Giga Shanghai. Some Model 3s from Fremont have made their way to other countries that aren’t in North America, but it seems that Giga Shanghai is taking some of the load, especially in the European market.

Here is my understanding of the general assembly lines at Fremont:

Last year, Tesla expanded the Model Y production lines to make way for the IDRA Giga Press. This was filed in July 2020, and the Giga Press is now operational at the facility and is cranking out single-piece rear castings for the Model Y crossover. Tesla attempted to expand GA 4.5 in April but had to solve issues with stormwater drainage before the project was ultimately approved.

The Fremont factory has been in Tesla’s possession since 2010 after the company purchased it from Toyota’s New United Motor Manufacturing, Inc. The first Model S rolled off the lines at Fremont in 2012, and the company has made numerous improvements to the facility since being in its possession. The expansion of the facility to make GA 4.5 permanent will alleviate space constraints, allowing Tesla to build more of its all-electric vehicles for a constantly growing and expanding consumer base.

Tesla didn’t immediately respond to Teslarati’s inquiry about the expansion.

Here’s a recent flyover of the Fremont Factory by Gabeincal.

US: Mazda MX-30 Is Back – 9 Units Were Sold In January 2023
Tesla Q4 Earnings Report Recap
Win a VW ID.3 for 1 month & who has won a Zappi? | SUBSCRIBE to win ‘The Great EV Giveaway’
2024 Mercedes-Benz GLE-Class receives fresh looks, plug-in hybrid grade
Volkswagen Rules Out Hydrogen Passenger Cars, Will Focus On EVs Instead