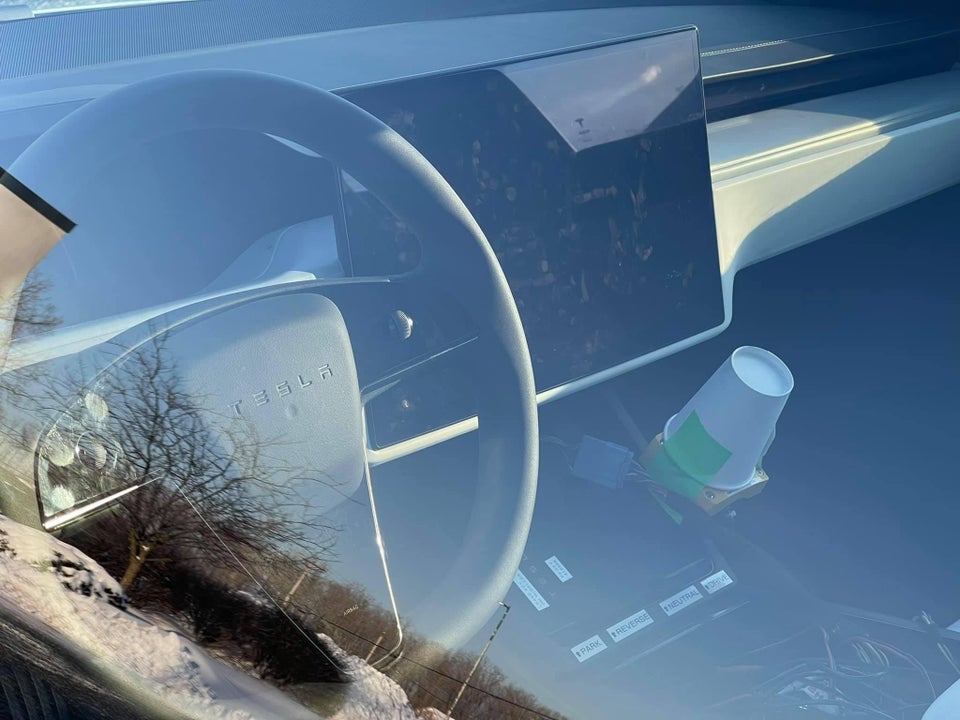 The first images of the Tesla Model S “Refresh” have landed online, after a person in Toledo, Ohio, spotted the newly-designed sedan at the Toledo Service Center. After speaking with Service Center employees, it has been confirmed that this is a test vehicle. However, images show that the Model S interior is here, and preliminary designs are in the works.

Upon the release of the Q4 2020 Earnings Call Update Letter, Tesla released new photographs of the Model S interior. Rumors that Tesla’s flagship sedan was going to be subjected to a “refresh” were spinning through the rumor mill since December 2020, after the company shut down production lines of the Model S and Model X at the Fremont factory. The vehicle was then spotted at the Fremont Test Track by Teslarati and the Kilowatts, further confirming that Tesla was revamping its flagship vehicle.

While exterior photos showed some changes, many were interested in whether Tesla would modify the interior design. It did, after confirming some new features in photographs that were included in the Q4 2020 Shareholder Deck. A new Yoke Steering wheel, horizontal dash screen, and rear passenger screen were all included, along with modifications to the vehicle’s HVAC design, center console, and others.

Now, new images have surfaced of the Model S interior, thanks to Tom of the Tesla Owners Club of Michigan Facebook group. These photographs were then shared to the r/TeslaMotors Subreddit.

It appears that Tesla’s Yoke Steering Wheel will be optional and can be equipped with a new steering column design. The new steering wheel is noticeably different than past Model S steering wheels. The center of the wheel seems to have a cap for the horn instead of the past one-piece design that has been used.

It also appears that this vehicle is undergoing some kind of testing as there are plenty of exposed wires and labels on the interior. It is likely that this could be a test for wintery weather, as there is a noticeable reflection of snow in the photograph. This is unclear.

Tom, the original poster in the Facebook Group, stated that:

“Model S refresh test vehicle spotted at the Toledo service center!! Sorry for the crummy photos. Best I could do at the time. Also, yoke steering wheel confirmed as option, by service staff!!”

Tesla is currently producing the refreshed Model S and Model X at the Fremont Factory, and has contacted orderers about their possible delivery dates. One Model X reservation holder told Teslarati earlier this month that his planned delivery date is between February 15th and March 15th, meaning that the new vehicles could be rolling into customer driveways any day now.

This is a developing story…Please check back for more momentarily.