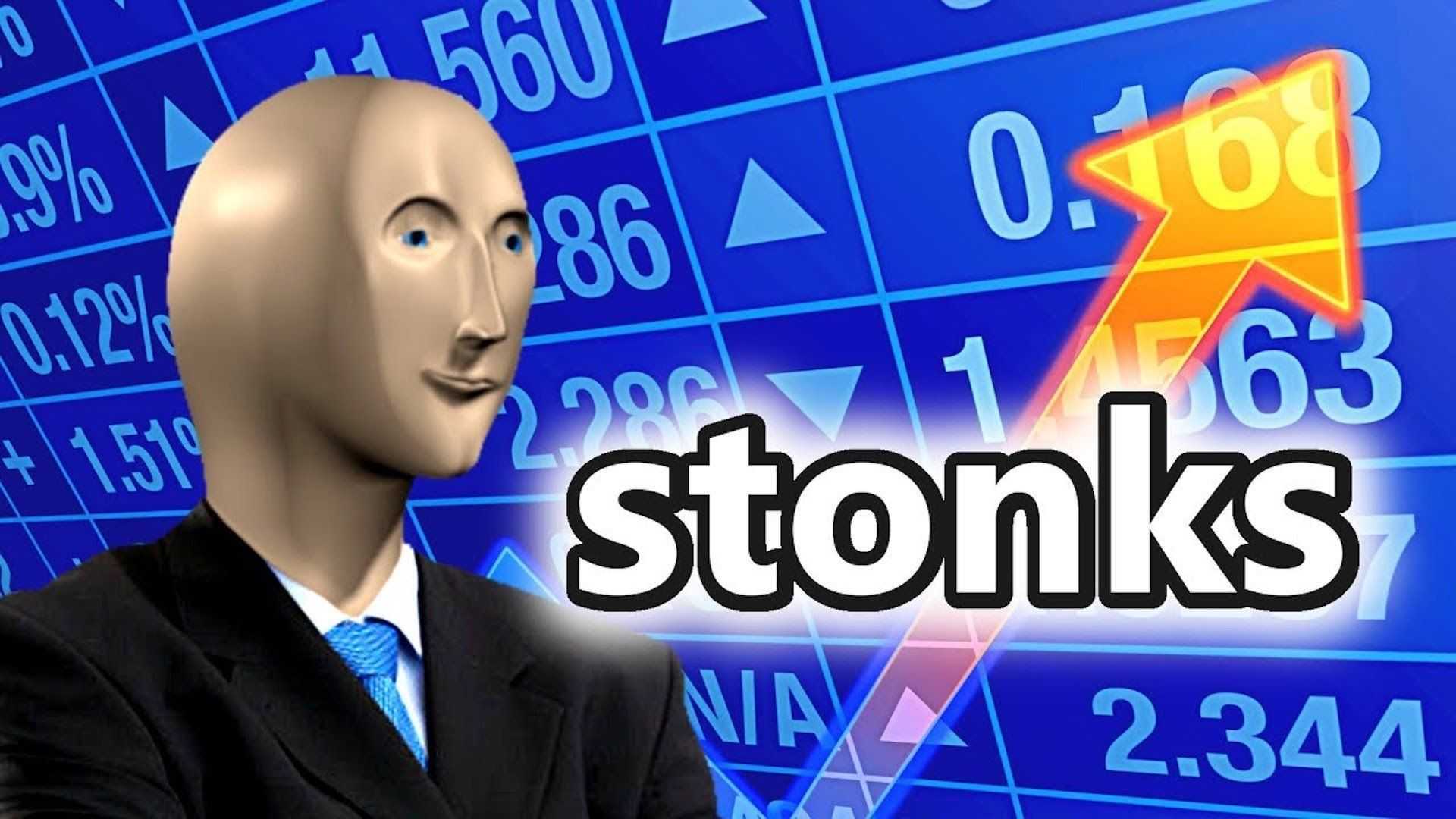 Posted on EVANNEX on February 08, 2021 by Charles Morris

Those of us who have little interest in video games may be tempted to dismiss the recent Gamestop-gate saga (feel free to suggest a cuter name if you have one) as yet another bit of digital pop-culture flotsam floating by on the clickstream. However, the sequence of events, which had nothing to do with video games, is interesting (and concerning) on at least three levels.

On the surface, the sequence of events was simply another example of irrational stock-market behavior. GameStop, like Blockbuster before it, is a brick-and-mortar retailer selling a digital product, and thus its future seems bleak.

Its stock price was in the cellar, and it had attracted large numbers of short sellers—investors who placed bets that the stock price would drop further. Members of a Reddit group called wallstreetbets started talking the stock up, and a wave of buying drove the price up from under $20 per share to around $470 in less than three weeks. This triggered what is called a short squeeze, forcing the short sellers to cover their bets and costing them billions of bucks.

The prevailing (oversimplified) narrative is that a loose group of amateur traders, whom Wall Street insiders tend to refer to as “the dumb money,” took on the Masters of the Universe and won. Nobody has much sympathy for short sellers and their ilk—except for financial market regulators, who are already working on new rules to prevent any such rob-from-the-rich scenario from happening again—so the incident was widely seen as a heart-warming David vs Goliath story.

However, as New York Times columnist Paul Krugman points out, things may not be quite that simple. In Wall Street parlance, what happened was a form of market manipulation known as a pump-and-dump operation. The novel thing about it was that the sharpie insiders, usually suspected as the perpetrators of such schemes, were the victims (known as bag holders) this time.

Or were they? There’s evidence that many of the wallstreetbets posts that pumped GameStop (and several other heavily-shorted stocks) were generated by bots, not human beings, so the occurrence may not have been entirely a grass-roots movement. An analysis by JP Morgan suggested that institutional investors were behind much of the stock’s riveting rise.

Above: A look at a GameStop retail store (Wikipedia: Mike Mozart)

Furthermore, while many of the merry men and women of Reddit surely made killings, others lost shirts. We’ve already heard from some who either got into the game too late, or failed to dump once the pump was over and the stock price began its inevitable crash.

“When the dust settles we’ll probably find out that small investors as a group lost money in the trading frenzy, while Wall Street gained,” wrote Krugman. He called the tale “a nasty story with no obvious good guys,” and lamented “the continuing gullibility these events exposed.”

Despite naïve predictions that the incident will usher in some sort of a new, fairer era in the financial markets, The Little Guy’s victory over The Man, if that’s what it was, is likely to be a fleeting and symbolic one. “What just happened was not a populist uprising,” writes Krugman. “Our economy has left many families behind, but what working Americans need is an end to wage stagnation, not the opportunity to gamble on stocks.”

A SECOND HELPING OF REVENGE

Another aspect of the event that’s highly interesting to followers of Elon Musk and Tesla: as the GameStop flames began to grow, Musk poured rocket fuel on them by tweeting the single word “Gamestonk!!” to his 45 million Twitter followers. As CleanTechnica noted, “It’s no small irony that these small investors taking on the big and powerful are being cheered on by the richest man in the world.”

Some argue that short selling, which has been a legal and accepted part of the financial markets for decades, serves a constructive purpose by providing an incentive for investors to investigate companies and root out financial foolery and other dirty little secrets (historical examples of this include Enron and, more recently, Nikola). However, it also creates an incentive to spread falsehoods in order to drive down a company’s share price.

As regular readers of this column know, Tesla was on the receiving end of a tremendous amount of this manufactured FUD (fear, uncertainty and doubt) around 2018, as Model 3 was going through Production Hell. Anonymous writers were posting articles on so-called news sites—often several in one day—predicting Tesla’s imminent demise, and hedge fund analysts were appearing on CNBC and other financial media, making all kinds of wild allegations of malfeasance and mismanagement.

Elon Musk has waged a long war with the short sellers, and his disdain for them is deeply personal—at times he has gotten emotional about their relentless persecution, and at others he has ridiculed them, and profited from their misfortunes by selling flame-throwers and short shorts.

The shorts have proven to be extremely tenacious—even now that Tesla has joined the S&P 500, and Musk has become the world’s richest person, there are still millions of dollars riding on the company’s failure. In some cases, they are extremely nutty—at one point, the community of Tesla-haters seemed to be evolving into a sort of cult, and the crusade even threatened to spill over into real-world violence.

Despite pockets of resistance, the war is over, and Musk and Tesla have been avenged sevenfold. By some estimates, the foolhardy financiers who bet against Tesla lost a collective total of around $38 billion. However, as Minda Zetlin writes in a recent post on Inc.com, “Musk’s tweets during the GameStop craze make it clear that he’s not done hating short sellers.”

As aficionados of The Godfather know, revenge is a dish that tastes best when cold. However, there may be more to Elon’s Gamestonking gambit than just a desire for a second helping of antipasti. It turns out that one of the companies that was betting against GameStop had earlier been one of the thorns in Tesla’s corporate side. According to CleanTechnica, Melvin Capital, which was “one of the biggest cheerleaders for Tesla’s demise,” was losing an estimated billion dollars for every $7 increase in GameStop stock during the feeding frenzy.

WHO’S IN CHARGE AROUND HERE?

The Gamestonk parable has highlighted an ongoing shift in human society that goes far beyond the financial markets. The rise of the hyperconnected society has caused many of our venerable institutions to erode. Authority figures, gatekeepers, grown-ups—whatever you want to call them—are losing their control not only to shadowy power brokers such as billionaires and monopolistic corporations, but also to more populist players such as “influencers,” loosely-organized online communities and in some cases, what can only be called mobs.

Above: Chamath Palihapitiya, CEO of Social Capital, gives his point of view on the Gamestop saga (YouTube: CNBC Television)

Some of these characters (car dealers, old white male politicians) inspire little public sympathy as their grips on power slip away. Others (newspapers, universities, scientists) certainly seem like institutions we need to keep, and it’s not hard to see the baleful effects of their withering away. Where do investment banks, hedge funds and market regulatory agencies fit into this panoply of heroes and villains?

Elon Musk has been called a real-life super-hero, but to some (for example, in the oil and auto industries) he may seem more like a super-villain. The best description for him may be a term coined by Thomas Friedman: a “super-empowered individual.” Those who breathlessly gasp that Mr. Musk can spur 45 million people to do his bidding with a single-word tweet are vastly overstating the case. However, there’s no question that he and other masters of social media wield an unprecedented amount of power, and a new kind of power—decentralized, unpredictable and unaccountable. Is that a good thing?

I still believe, despite the irresponsibility of some of his tweets, that Musk is motivated mainly by altruistic aims—to accelerate the world’s transition to clean energy and mankind’s exploration of space. However, there are other super-empowered individuals that are plainly motivated by profit, personal power and other even more sinister impulses. In the financial markets, industry, the media and many other fields, people are asking, Who’s in control? Increasingly, the answer is, Nobody.