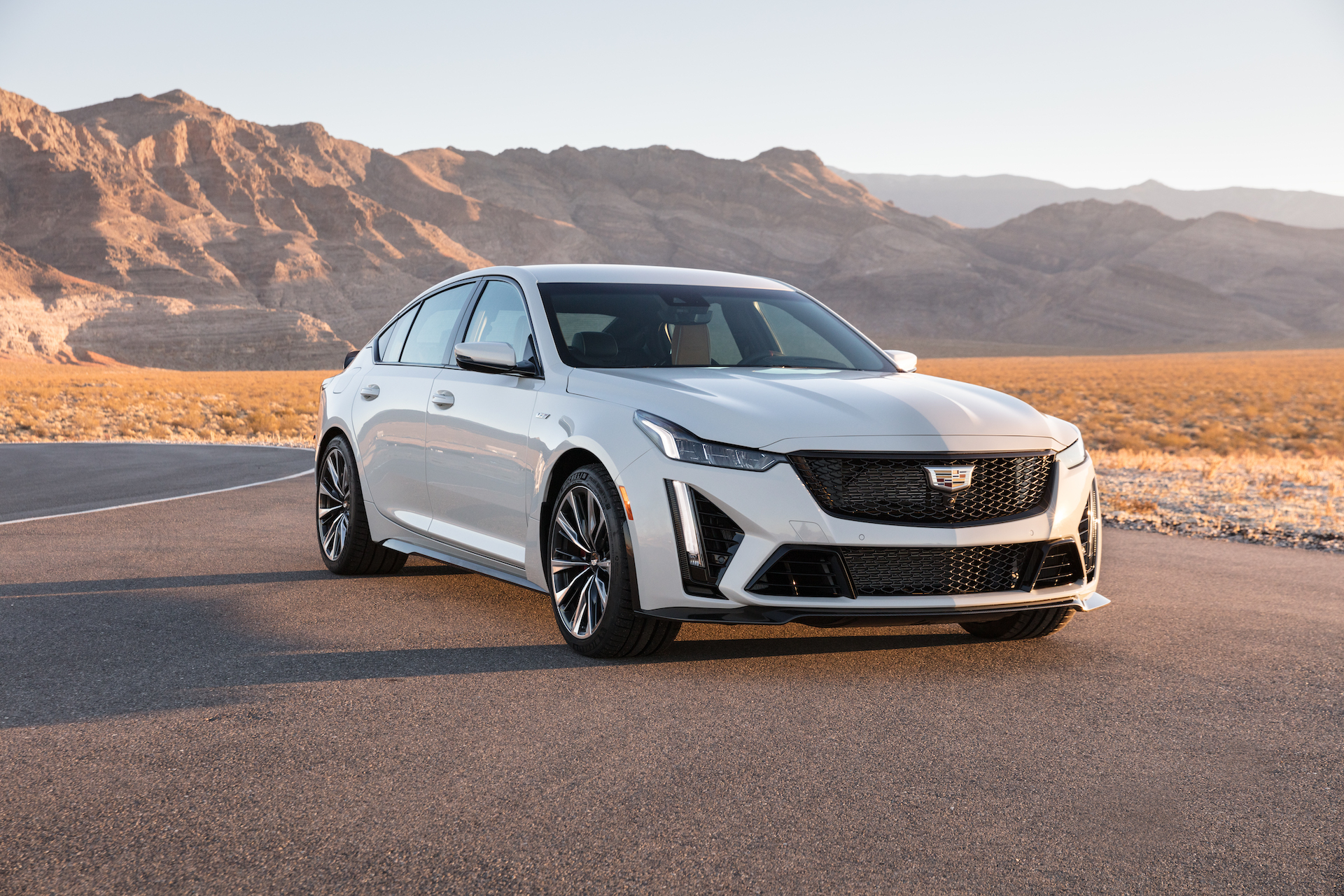 Cadillac’s true successor to the CTS-V made its debut this week. The new super sedan goes by the name CT5-V Blackwing, and it is the most powerful Caddy to date. 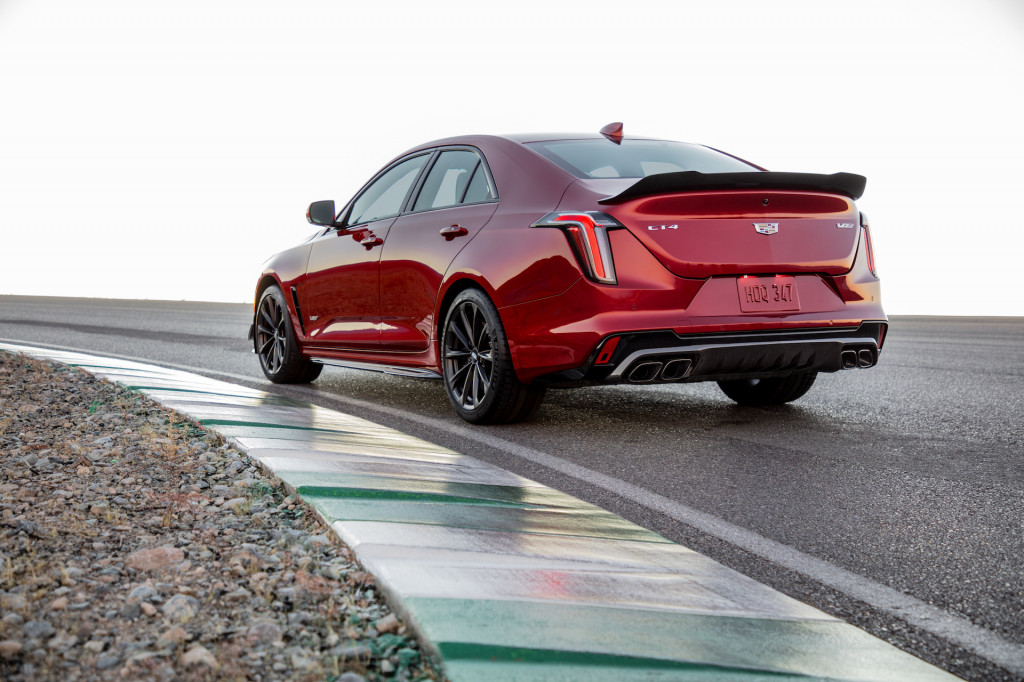 The CT5-V Blackwing was joined by a smaller CT4-V Blackwing which replaces the former ATS-V. Both Blackwings go on sale this summer as 2022 models. 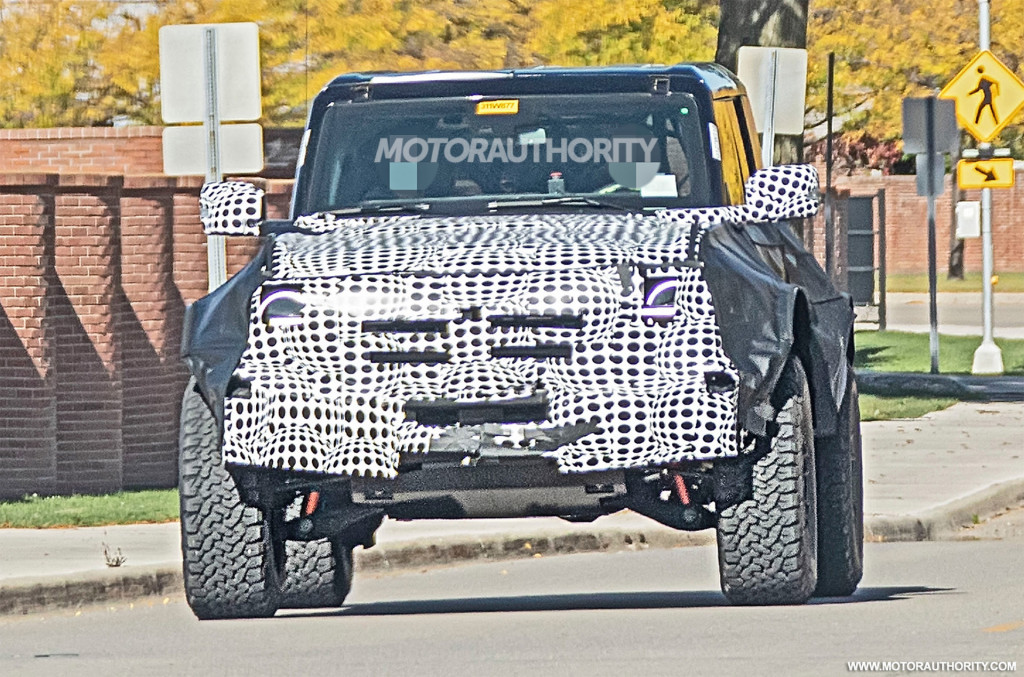 Ford was out testing a new high-performance option for the Bronco along the lines of a Raptor. The jury is still out on the name, though rumor points to it being called a Bronco Warthog. 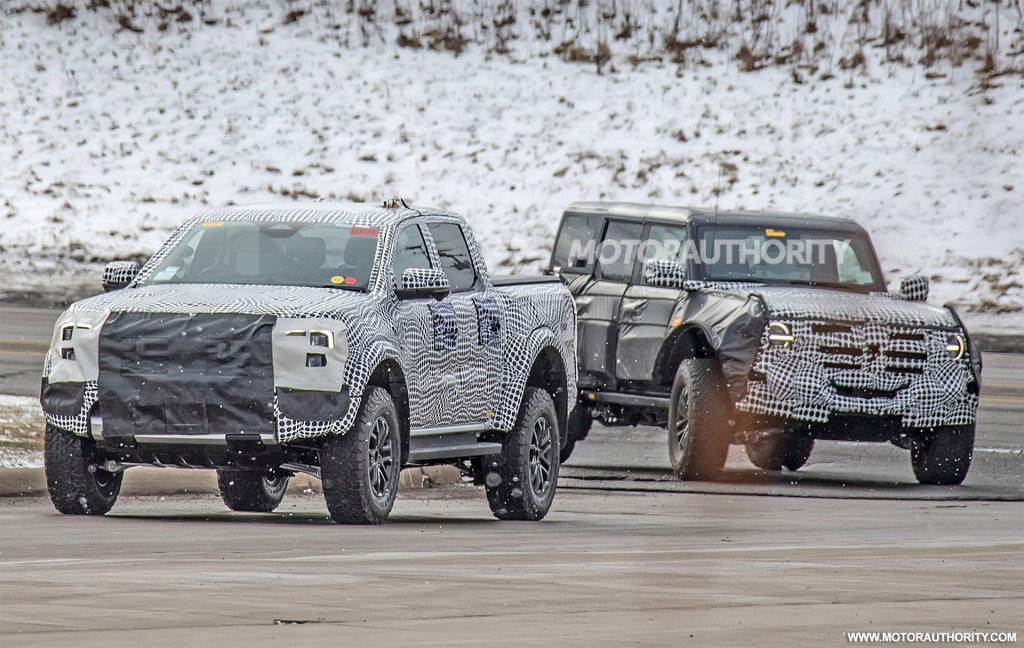 Ford was also spotted testing the Raptor version of its redesigned 2022 Ranger. The new Ranger will be a twin under the skin with the Bronco, so it’s not surprising to see the performance versions of both vehicles being tested together. 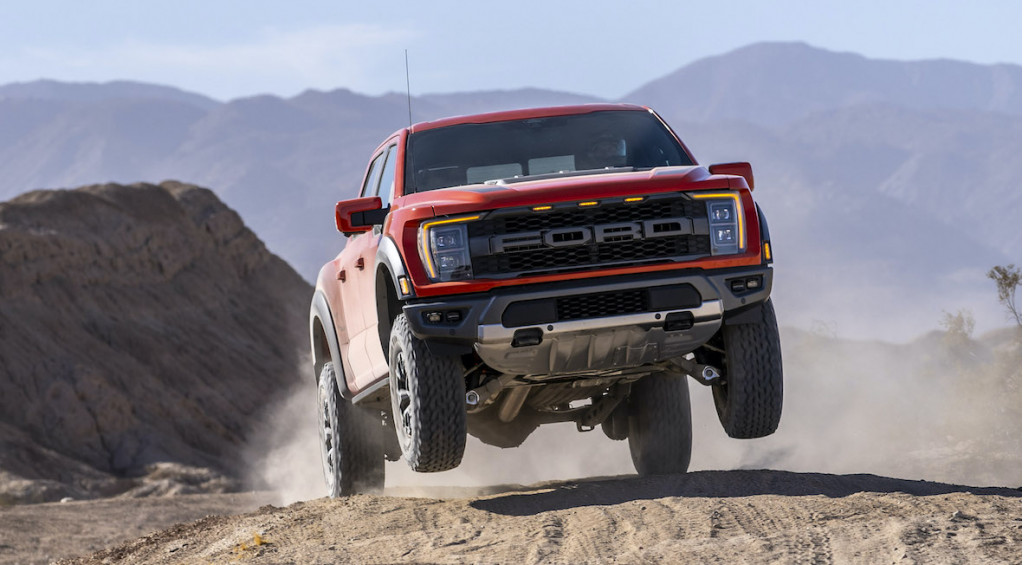 Ford’s redesigned 2021 F-150 spawned its own Raptor variant this week. The new F-150 Raptor is powered by a twin-turbocharged V-6, just like its predecessor, but we’ve been told that a more potent Raptor R is coming complete with a V-8 under the hood. In other words, Ford will soon have an answer for the Ram 1500 TRX. 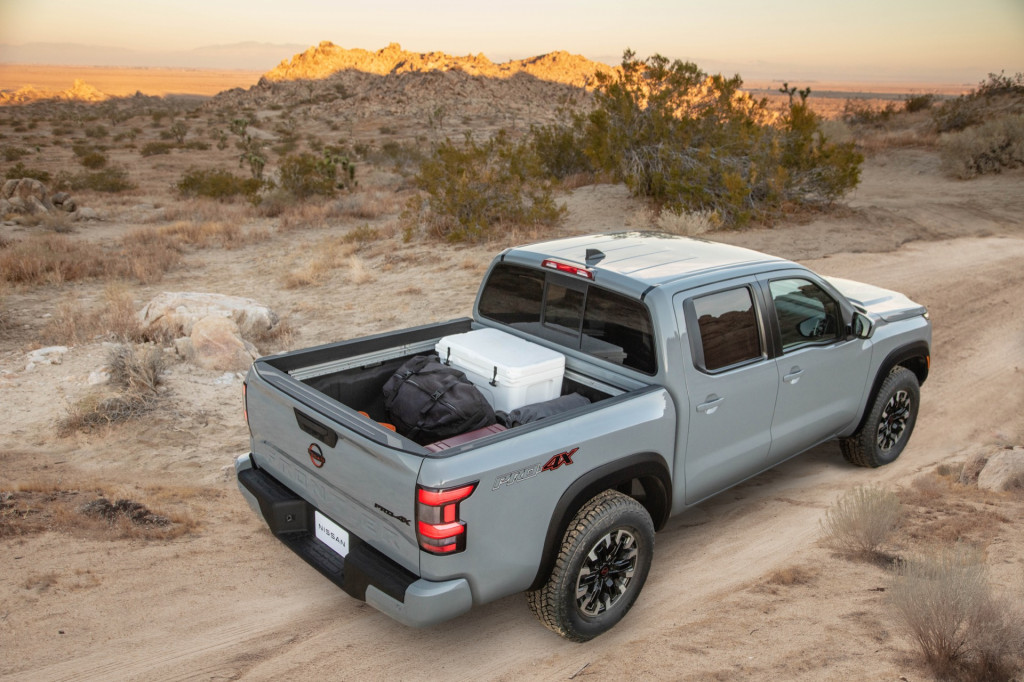 Nissan this week revealed its new 2022 Frontier which comes standard with 310 hp. The mid-size pickup truck has been redesigned but still shares a lot mechanically with its predecessor. 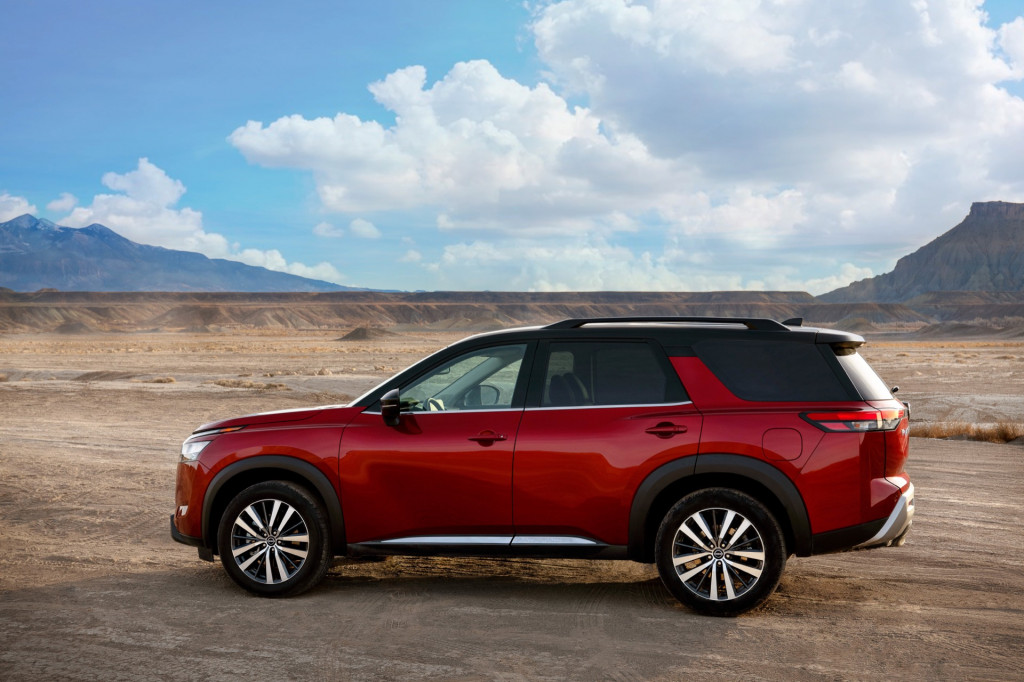 Nissan also revealed a new 2022 Pathfinder. The redesigned SUV comes standard with a V-6, plus a 9-speed auto instead of its predecessor’s continuously variable transmission. 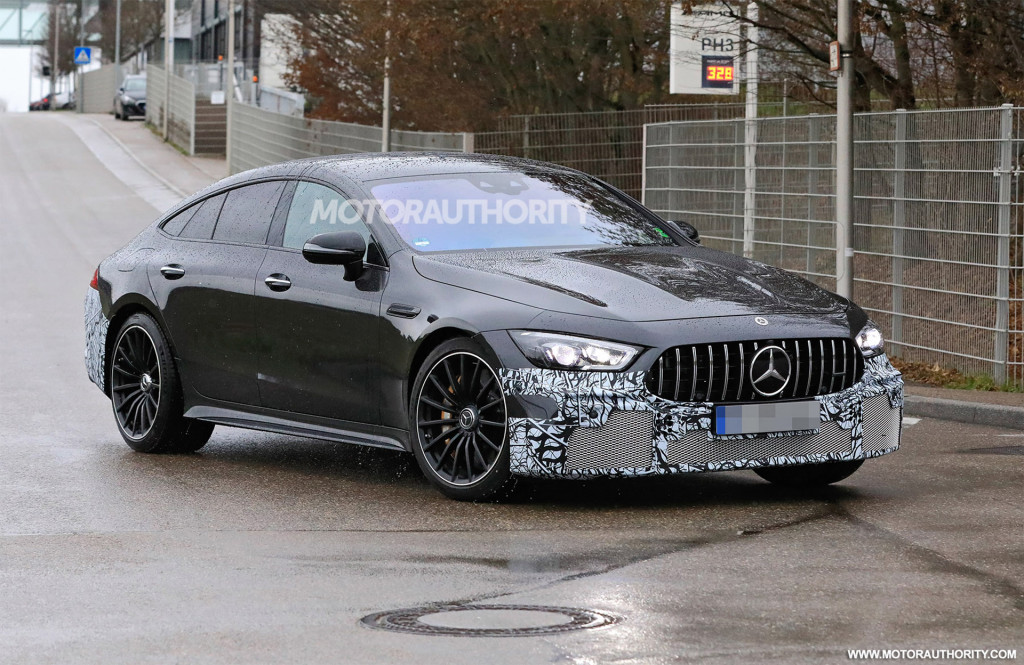 Mercedes-Benz AMG was spotted testing a new variant of its GT 4-Door Coupe. Expected to be badged a GT 73e, the new variant may end up boasting over 800 hp.