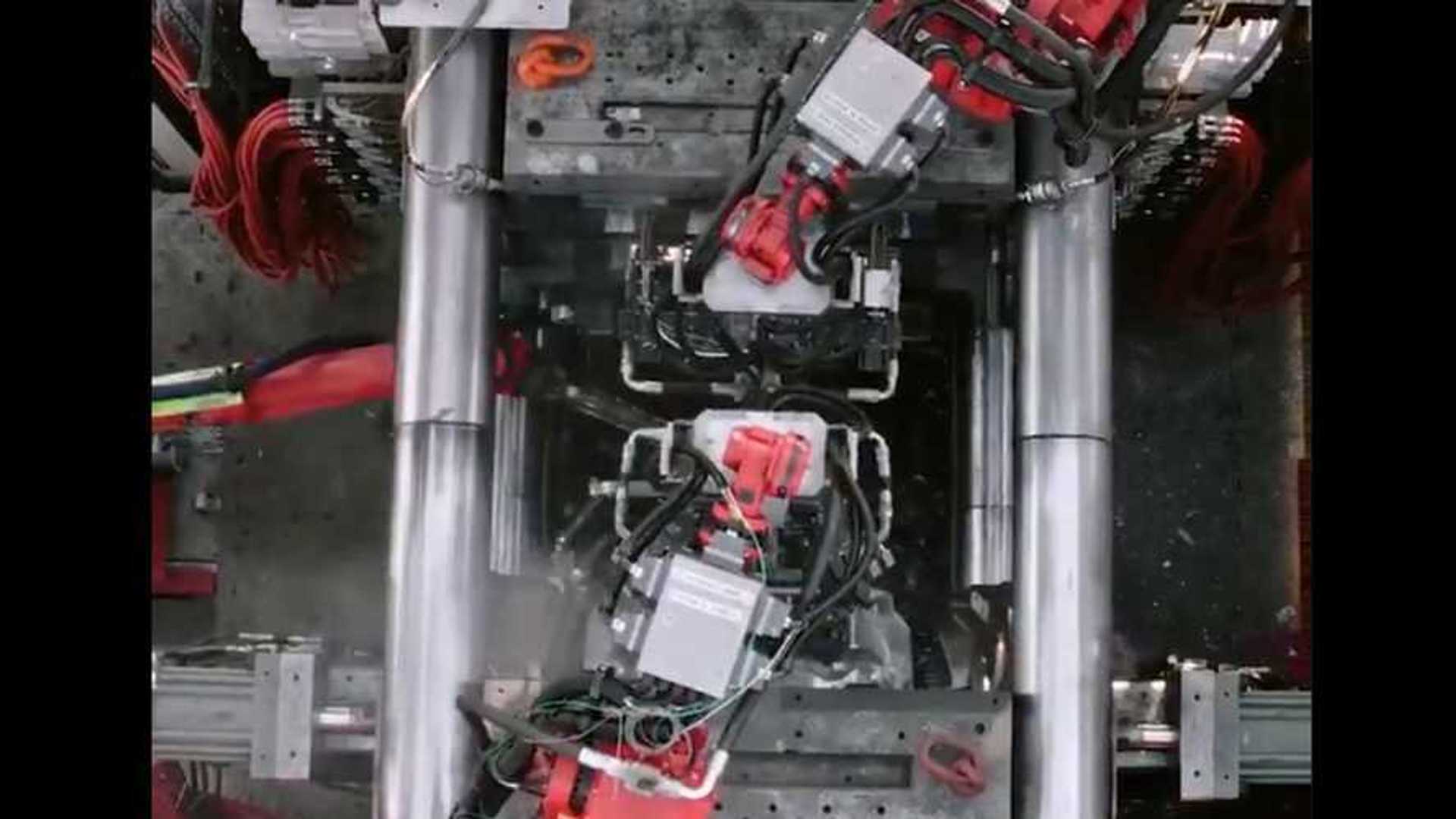 There’s been a ton of talk about Tesla’s massive Giga Press machines and its megacasting process. While we’ve seen how large the machines are – about the size of a small house – and have some idea of how they work and what they’re capable of, no official footage has come directly from Tesla, until now.

Once people start snooping, getting amateur videos from anonymous sources inside the factory, and flying drones over Tesla’s facilities, it’s time for the company to officially share the wonder from its own perspective. While we’ve seen shots of the Giga Press working, they haven’t been shot from up close, and the process isn’t crystal clear.

Tesla hasn’t yet added the official Model Y Giga Press video to its YouTube channel, but it did post it on Twitter. Elon Musk claims to be off Twitter for a time, but this actually came via Tesla’s official channel on the social media site.

Tesla calls the Giga Press the world’s largest die-casting machine, and we have no reason to believe that’s not true. However, if you’re aware of other similar manufacturing processes with this type of large equipment, please share it in the comment section.

The Silicon Valley (or Texas or China?) electric automaker shared that the Giga Press can cast front and rear vehicle underbodies in a single piece. It says without the megacasting method, these underbodies would be made up of over 70 parts.

Not only will the Giga Press machines help streamline and speed up Tesla’s manufacturing process, but they may also help solve its inconsistencies with build quality and fit and finish. Interestingly, though Tesla and Musk rarely, if ever, make public note of issues related to build quality, Musk told Sandy Munro in a recent interview that it is an issue Tesla is working to improve.