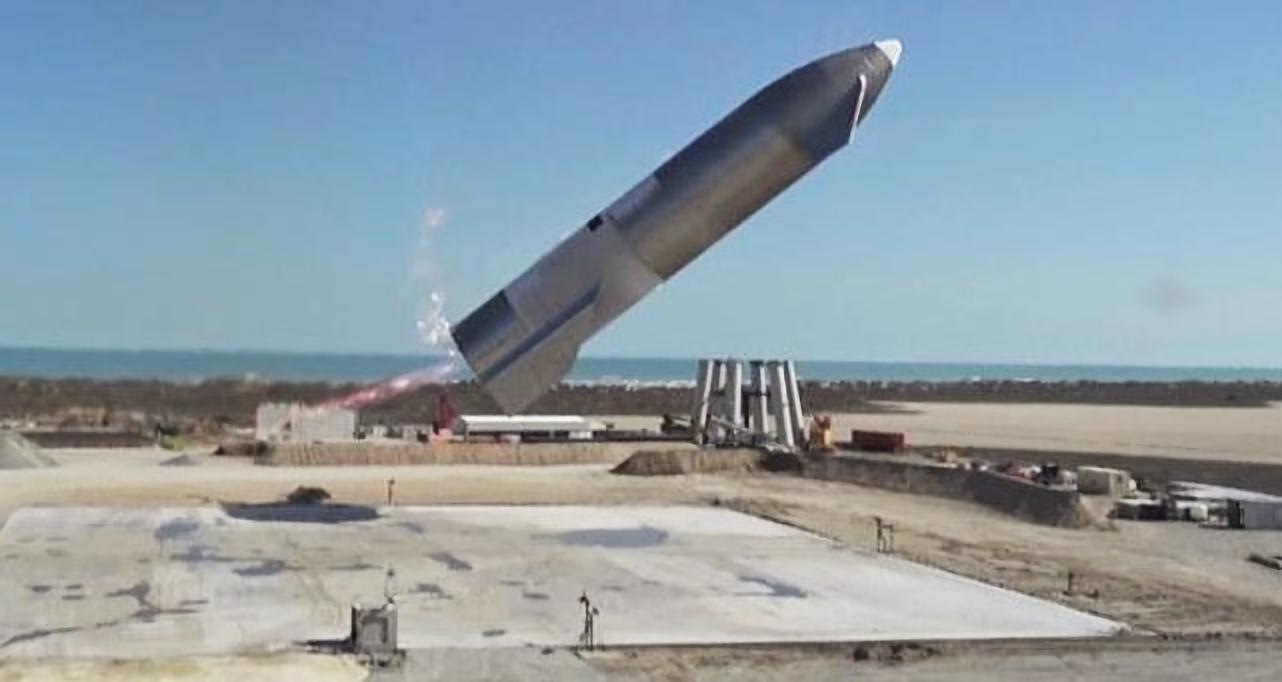 Two days after a last-second failure caused Starship SN9 to smash into the ground and explode, SpaceX CEO Elon Musk has returned to Twitter with some harsh preliminary reactions.

Right off the bat, in response to a question about why Starships SN8 and SN9 both attempted their unsuccessful landings with only two of three available Raptor engines, Musk frankly stated that “we were too dumb.” At face value, it’s a decent question, given that there are no obvious showstoppers to explain why Starships couldn’t make the most of the redundancy their three Raptor engines can offer.

After completing an otherwise flawless 6.5 minutes launch, ascent, and belly-flop descent, Starship SN9 began a critical ~120-degree flip maneuver, sequentially igniting two Raptor engines and using that thrust to flip from a belly-down attitude to a tail-first landing configuration. Unfortunately, though the first Raptor did fire up and put in a good effort, the second engine failed to ignite, leaving the building-sized rocket to impact the ground traveling far too quickly.

Ironically, more than three years ago, Musk himself revealed in a Reddit Ask Me Anything thread that he and his engineers had decided to modify Starship’s (then known as BFS) design by adding a third Raptor to its central cluster of two engines.

“Btw, we modified the [Starship] design since IAC [2017] to add a third medium-area-ratio Raptor engine partly for that reason (lose only 1/3 thrust in engine out) and allow landings with higher payload mass for the Earth to Earth transport function.”

Primarily meant to enable more efficient landings in Earth’s atmosphere, adding a third engine to that cluster would logically increase the chances of a successful (or at least survivable) landing in the event that one engine fails. Greater thrust and an improved thrust-to-weight ratio both during launch and landing would fundamentally improve the efficiency of Starship, likely making up for most or all of the added weight.

In retrospect, it’s not entirely surprising to learn that a three-engine landing burn is probably the most logical option if three landing-class engines have been included in the design. In SpaceX and Musk’s defense, however, there are also several good reasons to use as few Raptor engines as possible.

It was foolish of us not to start 3 engines & immediately shut down 1, as 2 are needed to land

Throttling high-performance rocket engines is exceptionally difficult and Raptor is not yet a fully mature engine, meaning that it’s throttle capabilities are likely less than optimal. That’s relevant because the higher a rocket’s thrust-to-weight ratio during landing, the more aggressive its landings have to be. SpaceX is apparently extremely conservative with Starship in this regard, prioritizing slow, gentle landings by only using two of three available engines.

Ironically, it’s possible that that attempt at risk reduction resulted in harder landings for both Starship SN8 and SN9, as three-engine landing burns could have potentially slowed them down significantly more before impact.

At the same time, though it may have mitigated the severity of both landing failures, three-engine landing burns would not have resolved the fundamental issues that caused them. In SN8’s case, low fuel header tank pressure doomed the Starship, while SN9 is more ambiguous. Aside from the clear Raptor ignition failure, which a three-engine burn could have resolved by downselecting to two healthier engines, the one Raptor that did ignite appeared to suffer some kind of uncontained failure seconds before landing.

Impressively, despite that apparent combustion chamber or preburner failure, the engine’s landing burn seemed to continued uninterrupted until the moment of impact. As such, it’s hard to say if that lone Raptor was still producing substantial thrust or if it was in the throes of a catastrophic failure. If it could have held on for another 5-10 seconds and the third Raptor (the engine that didn’t reignite) was able to restart and perform without issue, a three-engine landing burn could have easily made SN9’s demise less violent or even have enabled a soft landing.

While a three-engine burn all the way to touchdown appears to be extremely risky or impossible for present-day Starships, Musk implied that there was nothing preventing SpaceX from reigniting all three engines during the initial flip and landing burn and using that time to determine the health of all three engines. If all three were healthy, Starship would shut down one for a soft landing. If one engine failed to restart or lost thrust shortly after ignition, the other two would already be active and able to take over.

Musk says that Starship SN10, already at the launch pad and likely days away from its first tests, will attempt to adopt that approach on an upcoming test flight expected as few as 2-3 weeks from now.