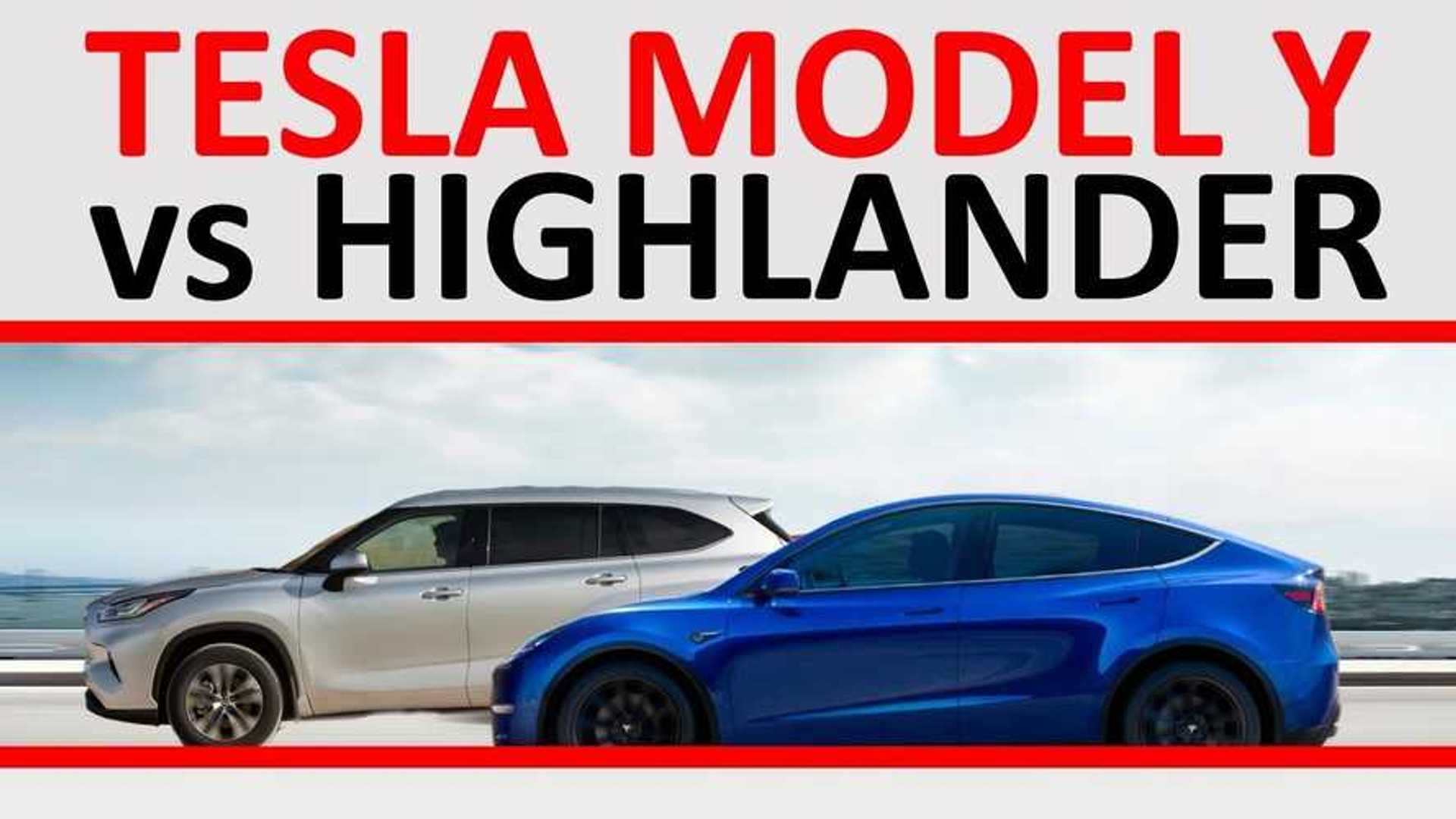 The Model Y is a midsize SUV, at least according to Tesla. Now, with its three-row option, that puts it in the same category as SUVs like the Toyota Highlander. Some would argue the Model Y is really more of a large compact crossover, though few compact SUVs offer third-row seating. At any rate, how does the Model Y compare to a gas-powered three-row SUV like the Highlander?

Tesla fan or not – and it’s very clear Cleanerwatt loves Tesla – it would be hard to argue that his video comparisons aren’t highly informative. In fact, Cleanerwatt regularly takes the time to gather up loads of important information to reveal how two vehicles compare. Typically, it’s a Tesla and a similar gas-powered vehicle.

We can all admit that Cleanerwatt‘s goal here is to prove that EVs are better. He’s probably never going to get to the end of the video and say that the Tesla is terrible and you should go burn gas. However, that’s not why we share his videos.

Instead, while there is so much information out there, there are often few concrete details from Tesla. The company doesn’t advertise, and its website isn’t set up like most traditional legacy automakers’ sites. It’s simply hard to find certain specs, dimensions, and other details that help you compare one car to another. Sure, we know how quickly Tesla cars sprint to 60 mph and how much range they have, but that’s really about it.

For people considering a Tesla vehicle, Cleanerwatt‘s video comparisons help by putting all the specifics in one place. They also compare Tesla’s vehicles to those that are much more readily available and well-known. So, for folks who don’t have easy access to a Tesla, you can see exactly how the vehicle you’re considering compares to another vehicle you may be much more familiar with.

With that said, check out Cleanerwatt’s thorough comparison in the short video above. Then let us know your takeaways by starting a conversation in our comment section below.