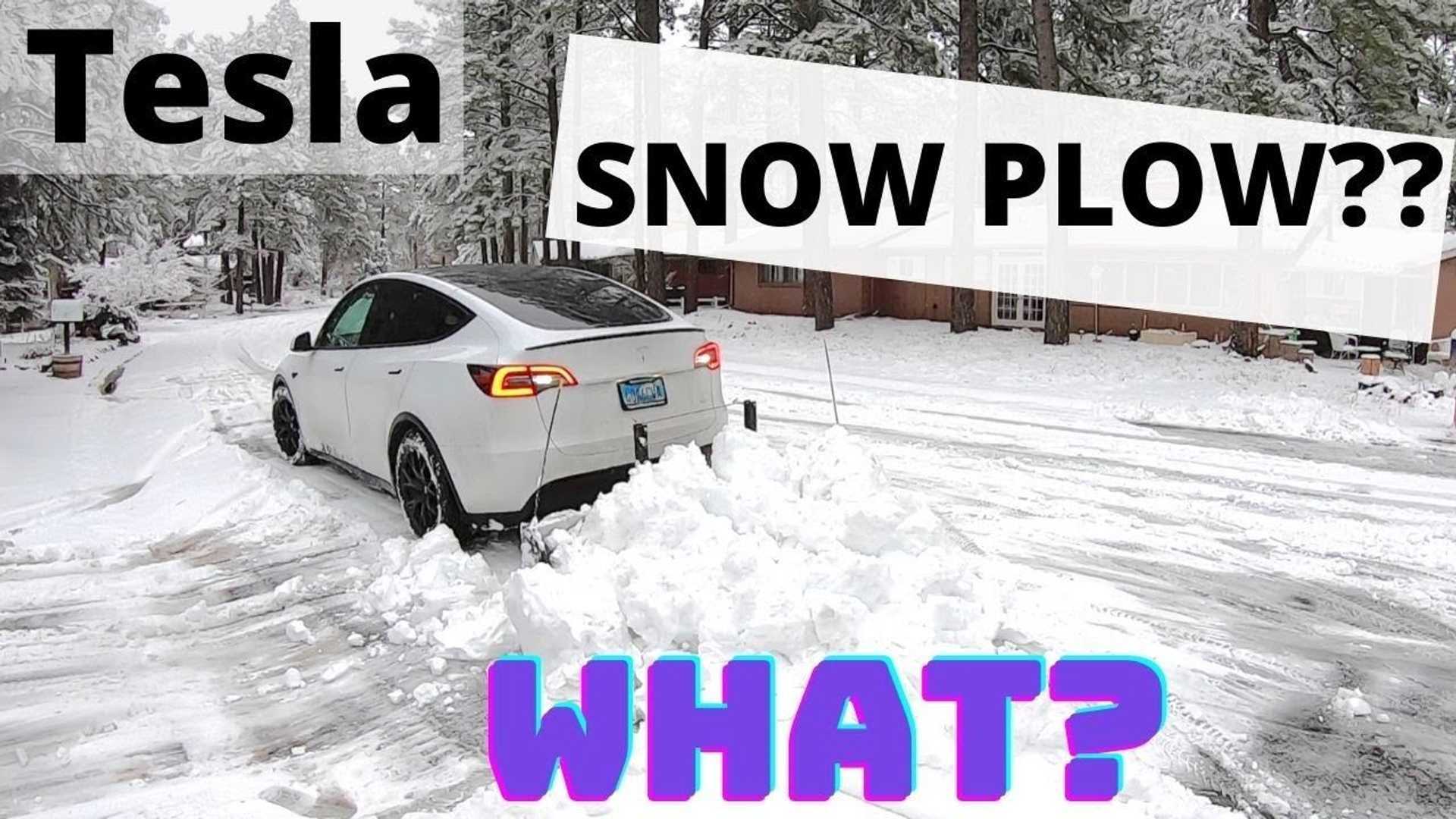 We’ve shared some stories with you in the past about Steve Sasman. He hooked up with EVANNEX to share some articles about his Tesla Model S road trips and ownership experiences.

According to Sasman, the updated YouTube channel will cover Uber, Lyft, Turo, and eventually, the Tesla RoboTaxi. However, in the meantime, he’s decided to start a Tesla plowing business.

Sasman says he has plans to get a plow for his upcoming Tesla Cybertruck. Since he’s going to be waiting a while, he decided to get a Model Y. He says the electric crossover works well for plowing since you can add the Tesla tow hitch, which allows you to put a SnowSport plow on the rear of the vehicle.

Sasman even has a website, teslaplowing.com. If you live near Flagstaff, Arizona, you can text him or give him a call to see if he can come out and plow your property.

While we don’t think many Tesla owners would want to abuse their pricey electric cars, this makes perfect sense. Electric vehicles have loads of instant torque, as well as lots of power on tap. Most also come standard with all-wheel drive, which should help immensely.

Check out the fascinating video above to see the Model Y plowing. Then, share your thoughts with us in the comment section below.