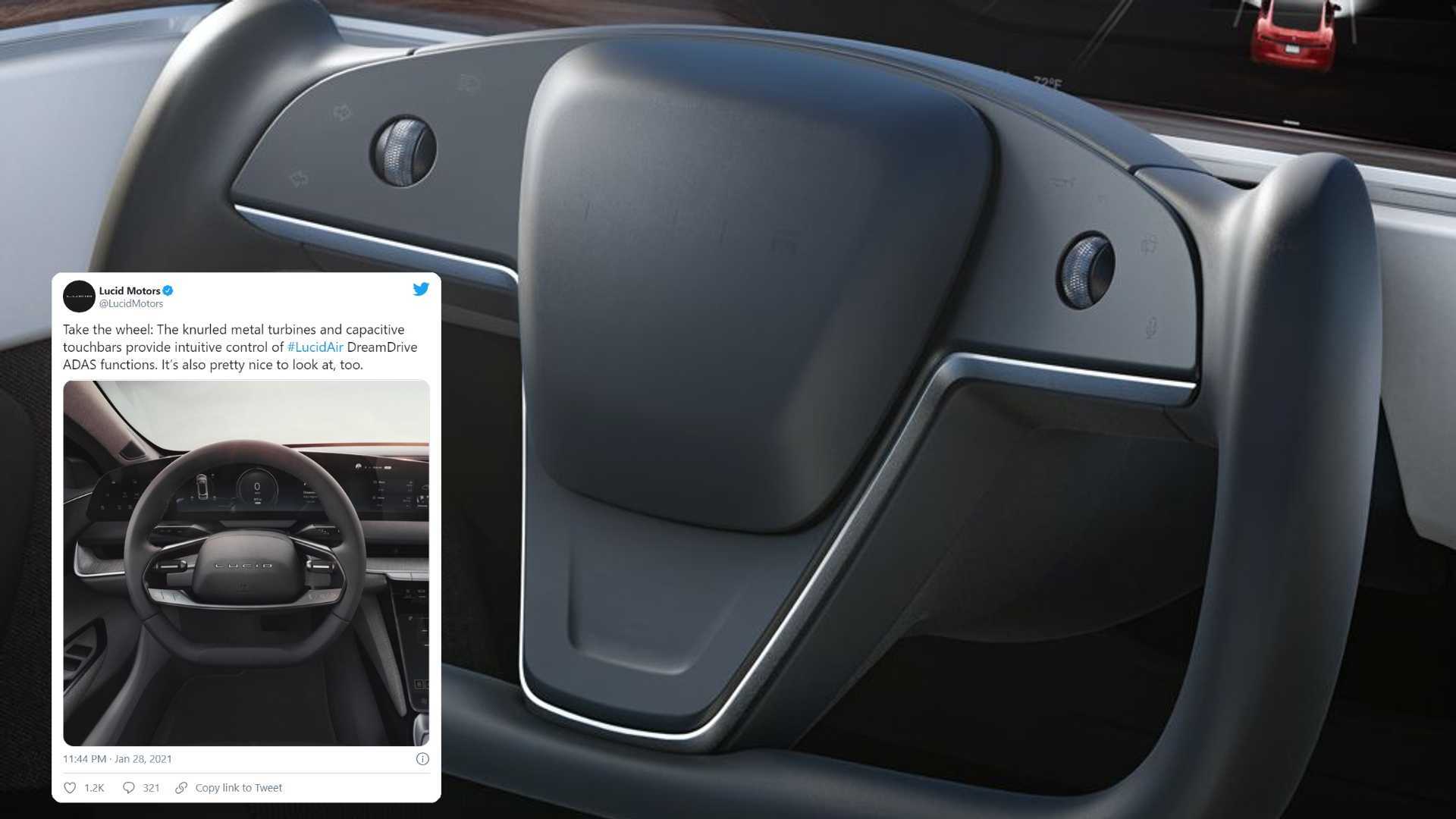 Lucid said more than once that its real competitors are the Mercedes-Benz S-Class and the BMW 7 Series, not the Model S. That did not stop the startup from teasing Tesla due to the controversy surrounding the yoke with which the refreshed Model S is supposed to be driven from now on. This is why the expression “take the wheel” on that tweet has a deeper meaning than just “let’s drive” or anything similar.

On top of its “wheel delete” to follow the chrome delete on its electric sedan and also on the Model X, Tesla also suppressed the gear selector stalk. Elon Musk said the “car guesses” where you want to go and that you can override what it decides to do on the touchscreen.

Apart from the strong reactions that caused – such as this article at Road Show arguing that it is a safety concern – people also had issues with the appearance of the yoke. That makes Lucid’s tweet even more sarcastic. Have a look.

Feel free to believe in coincidence, but that does not seem to be the case here. By asking its followers to “take the wheel,” Lucid makes a direct comparison with what the Model S has instead of a steering wheel.

By saying, “it’s also pretty nice to look at, too,” Lucid made a reference to the jokes about the yoke that we can now see all over social media, even coming from some of the most devoted Tesla fans.

Others were even artistic about the yoke.

More than once, to be honest.

Lucid also found a way to poke Tesla for suppressing the PRND stalk from the Model S by mentioning the steering wheel offers “intuitive control” of functions in the car such as ADAS. With NHTSA reaching out to Tesla to learn more about this, the carmaker probably does not think it is funny.