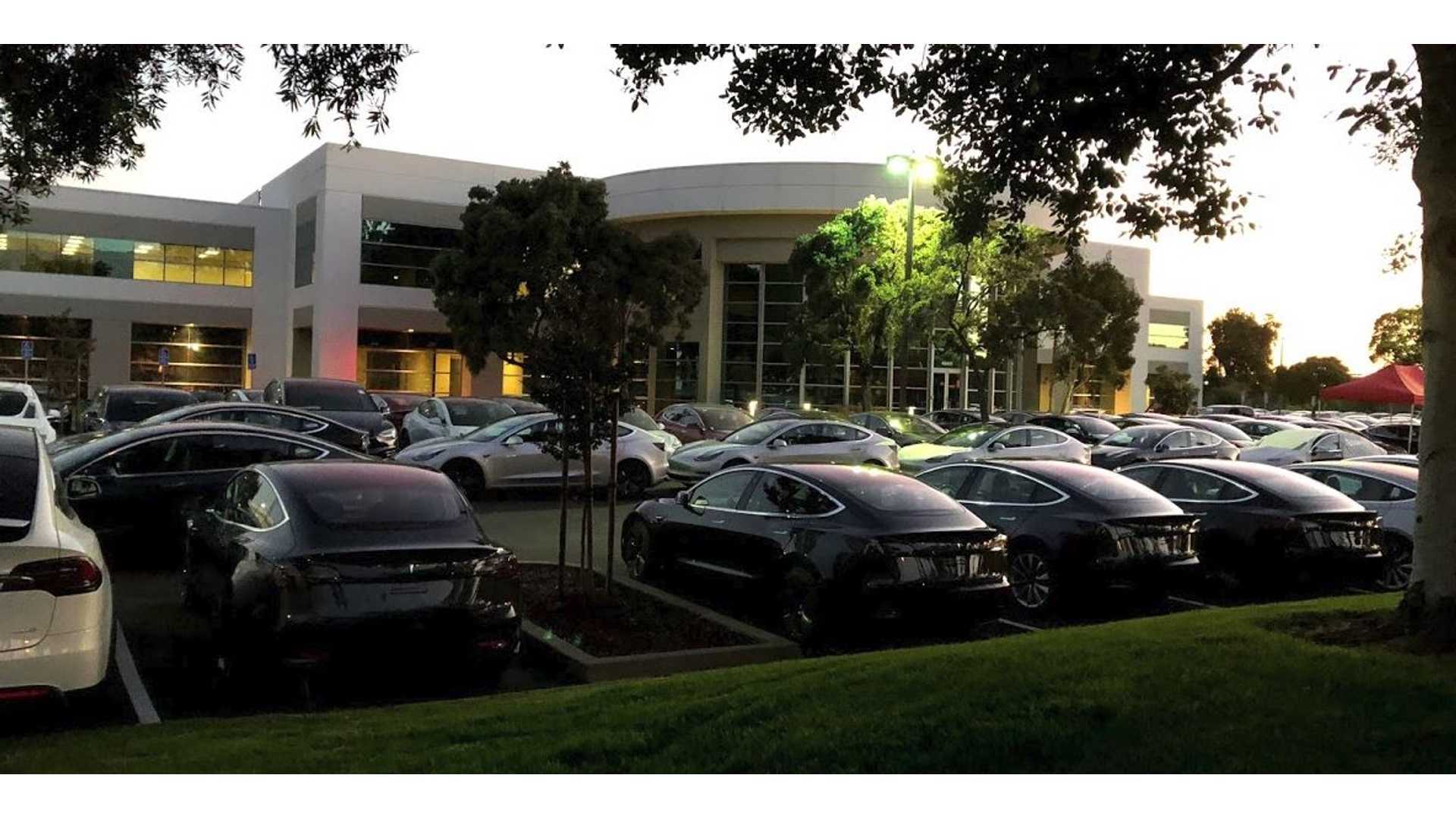 Posted on EVANNEX on January 24, 2021 by Charles Morris

Car buyers certainly wouldn’t miss the pushy salespeople, byzantine pricing or overpriced repairs. Automakers would surely cry some crocodile tears, but they would probably be glad to adopt Tesla’s direct sales model, which gives the California carmaker complete control over how its products are presented (as well as a larger slice of the profit). As Jalopnik‘s Erik Shilling facetiously writes in a recent article, some of the dealers themselves might prefer to call it a day, to judge by the amount of kvetching they do about how tough their business is.

Above: A Tesla Model 3 and Jaguar I-PACE parked outside of a traditional Jaguar dealership (Source: Tesla & Chill)

In today’s e-commerce-enabled world, auto dealers seem like a vestige of an earlier era, but their existence, as Tesla knows very well, is enshrined in state franchise laws, and their political influence in most state capitals is formidable. Kvetch though they may, they don’t intend to go away.

However, as the auto industry goes electric, it’s getting harder to see a future for traditional auto dealerships, and substantial cracks are already beginning to appear in the century-old edifice. During the pandemic-triggered lockdown, a number of auto dealers started taking some pages from the Tesla playbook. In Europe, where automakers have more flexibility vis a vis their retail operations, they’ve been delving deeper into the brave new world of direct sales.

A recent decision by GM to buy out dealers who don’t want to get on board the electrification express may have provided a preview of the upheavals to come.  The automaker plans to make Cadillac an electric-only brand, and this will require dealerships to make some substantial investments. Cadillac spokesman Mike Albano told the Detroit Free Press that this will amount to “about a $200,000 investment” for sales training, charging stations, forklifts (for handling heavy EV batteries) and other equipment, and that the upgrades will have to be completed before Cadillac’s electric Lyriq SUV comes to market in 2022.

Rather than force its dealers to go along with the new order, GM gave them the option to drop the Cadillac brand and accept a cash buyout. According to the Free Press, the sums on offer ranged from $300,000 to $700,000 per dealer, and around 170-180 dealers, or about 20% of Cadillac’s national dealer network, have taken the buyouts. The result seems like a win-win—those dealers who are skeptical about electrification are out of the game, and those who anted up to stay at the table have a strong incentive to get serious about selling EVs. Several Michigan dealers told the Freep that they expect EV demand to pick up, and are excited about the new opportunity.

Be that as it may, dealers have legitimate reasons to fear the electric future. Electric vehicles require less maintenance, and repairs make up a large chunk of the profit at many dealerships. EVs are also expected to last longer, so customers may not be replacing their vehicles as often (especially if they can be upgraded via over-the-air updates, a la Tesla).

“There’s significantly less opportunity for revenue after the sale,” Jeff Laethem, owner of Ray Laethem Buick GMC in Detroit, told the Detroit News. “That is going to be probably the biggest disruption.”

Above: A look at some of the many challenges that lay ahead for franchise car dealerships (YouTube: CNBC)

Whatever happens, dealers are going to have to change their business models in significant ways. “The biggest value add that we can be as a dealer is to be the experts in knowing all of the functionality and how it interacts with the consumer,” said Laethem. “More than ever, we’re going to have to be the subject matter experts, because so much of this from a technology side is going to be pretty new to our customers.”

The transition to e-mobility isn’t the only trend that’s motivating dealers to rethink their strategies. As Joann Muller writes in Axios, the global pandemic has forced car dealers to embrace the trend towards online sales that they’ve been resisting for decades. Many have revamped their web sites to make it easier for customers browse inventory and apply for credit, and some are offering virtual test drives and “touchless” vehicle deliveries.

“Consumers really like it,” Michelle Krebs, an Executive Analyst at Cox Automotive, told Axios. “Surveys show they want more of it, and dealers are getting on board that this is how it’s going to be.”

Of course, some forward-looking dealerships have been selling online for years. But it’s a conservative industry, and many dealers feel that the old tried-and-true in-person sales experience is critical to their profit. Skillful salespeople know how to maximize the revenue from each individual customer, by tempting them with various options and add-ons (and through other, less reputable sales techniques).

Analyst Krebs believes that this is a myth, and that selling online can deliver more profit, not less. “The deal happens faster because the consumer knows exactly what they want, and there’s not a lot of haggling on the price,” she said. Dealers who do a good job of delivering the online experience can sell more cars in the same amount of time.

It’s early days in the EV revolution—way too early to tell if auto dealers will go the way of horse and buggy peddlers. However, one thing is certain—thriving in the new world will require investments of time and money, to say nothing of some vision and imagination. Those dealers who are still standing a decade from now will not be doing business the same way they’ve been doing it for the last century.